Ayako Nagahashi, director who has created a number of hits, with a brain-like presence that has supported Furifu since its opening.
I will remember the footsteps of “Furifu” from 1999 to today with her memory.

【Collection/2015-2020】
Now that the antique boom has settled down, the trendy wave of fashion is coming again. Just like the trend of yukata, the past five years have seen a big change for furifu. The new “Furifu-likeness” that has been revealed by incorporating the world of Japanese that has never been sent until now. I heard the vision for the future along with the history of the past. 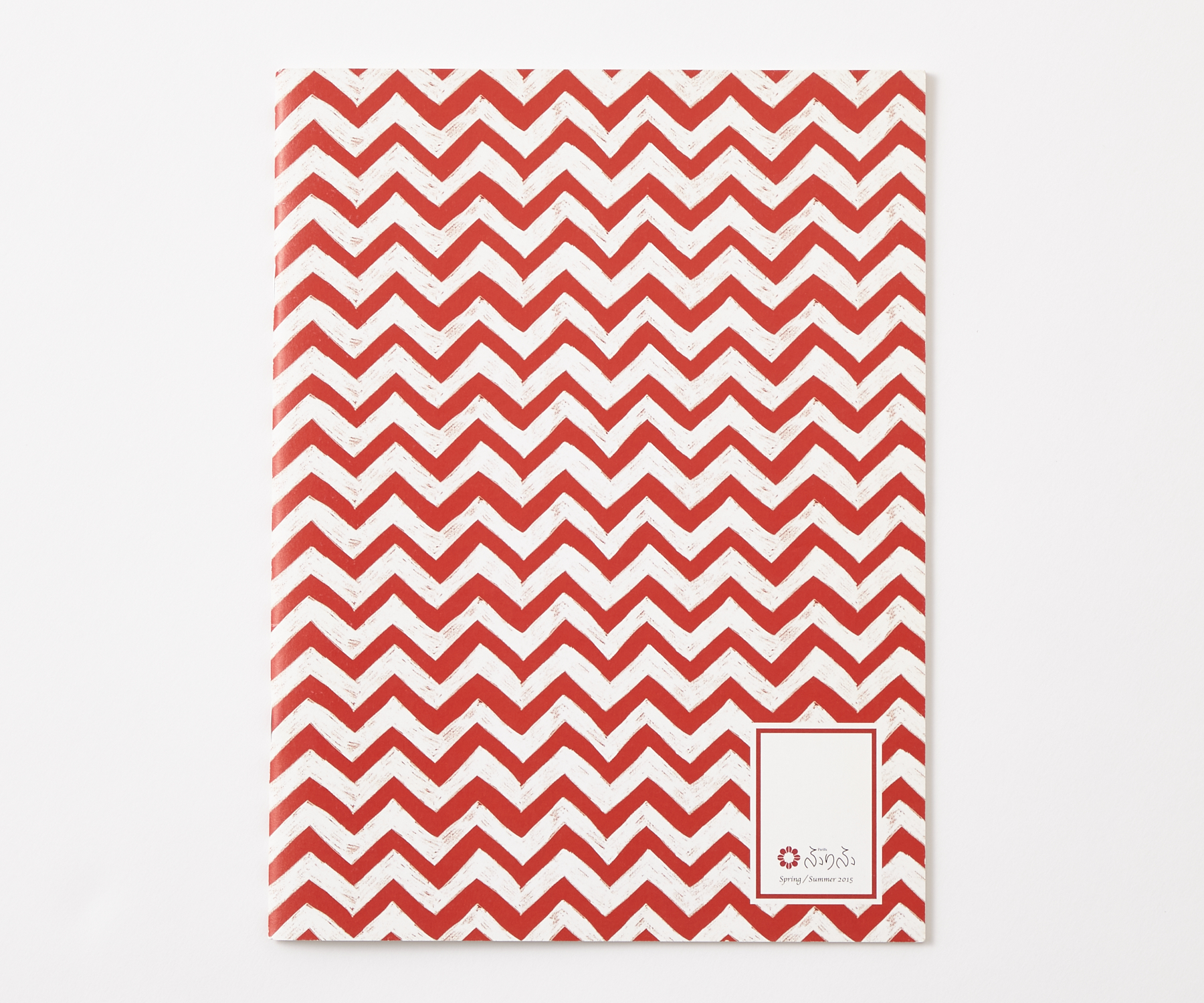 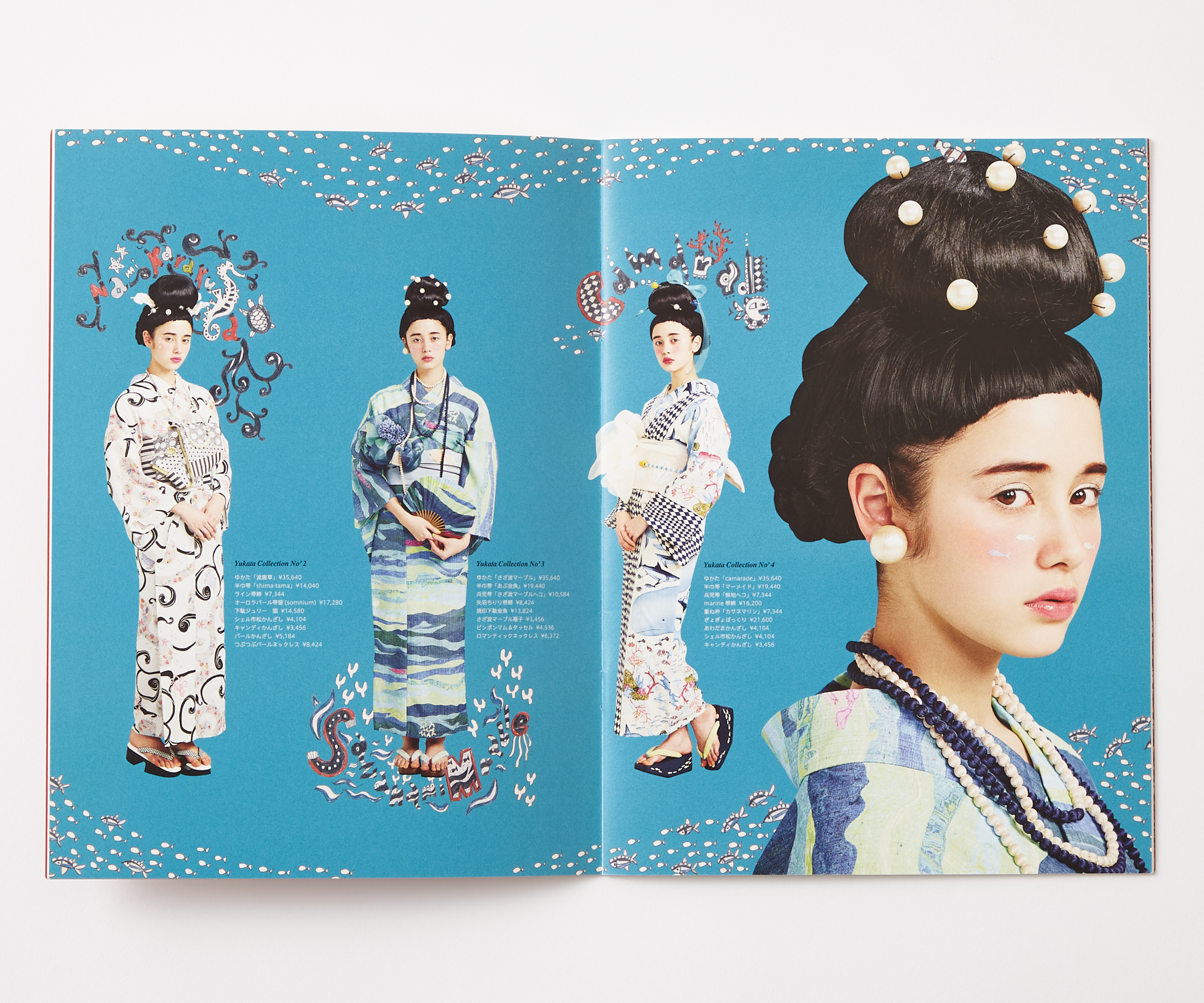 
-“Hoshisuna Party” is a very humorous catalog.
This season, I requested that I think that the world view of the collection will be further embodied by adding illustrations by illustrator Natsu Wakabayashi. As a result, I think the illustration and the yukata were a great match and it was a great success. Also, I wanted to make the catalog itself lively and happy, so I decided to finish the layout, such as the layout and size of the photos, while discussing with the AD. 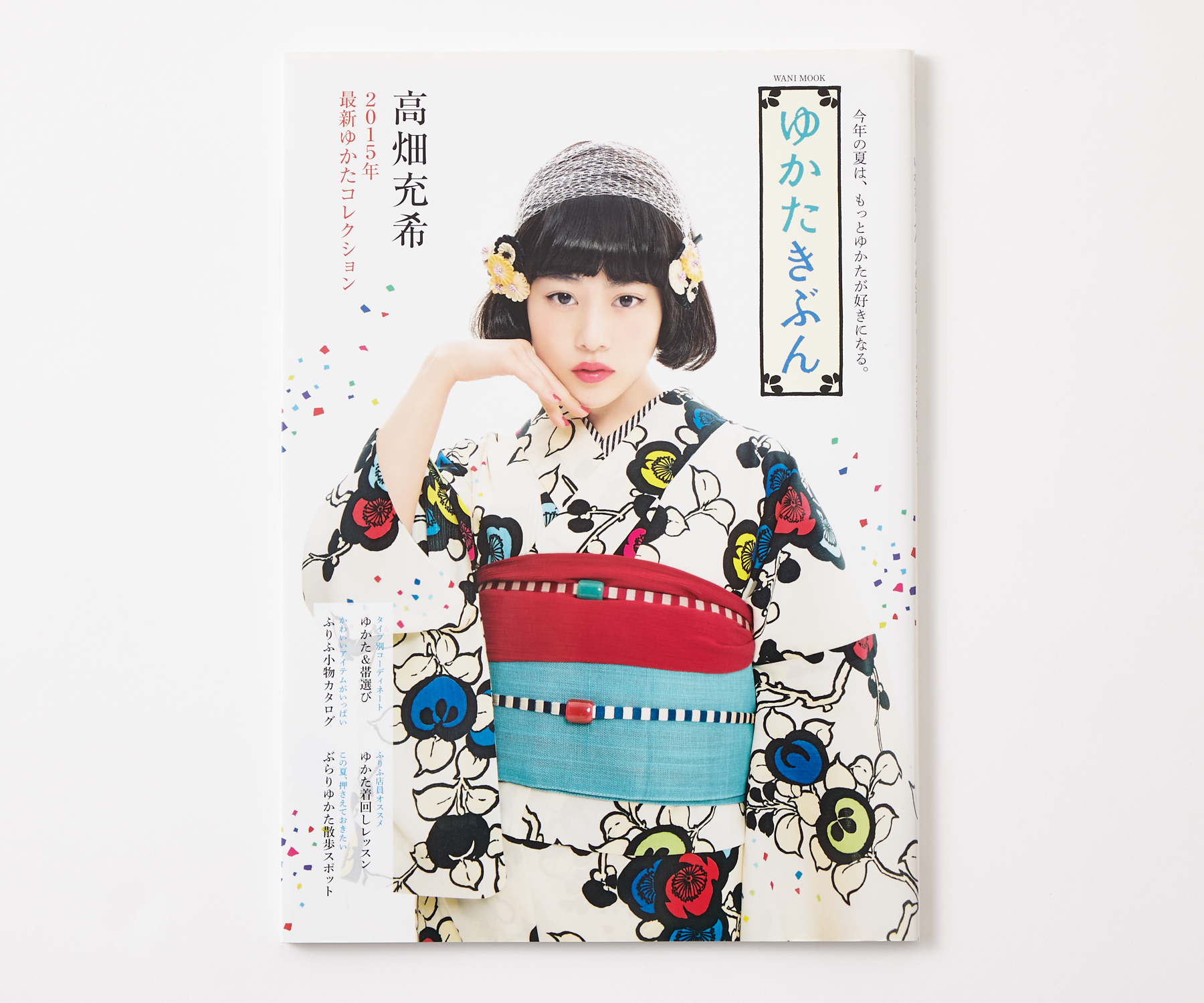 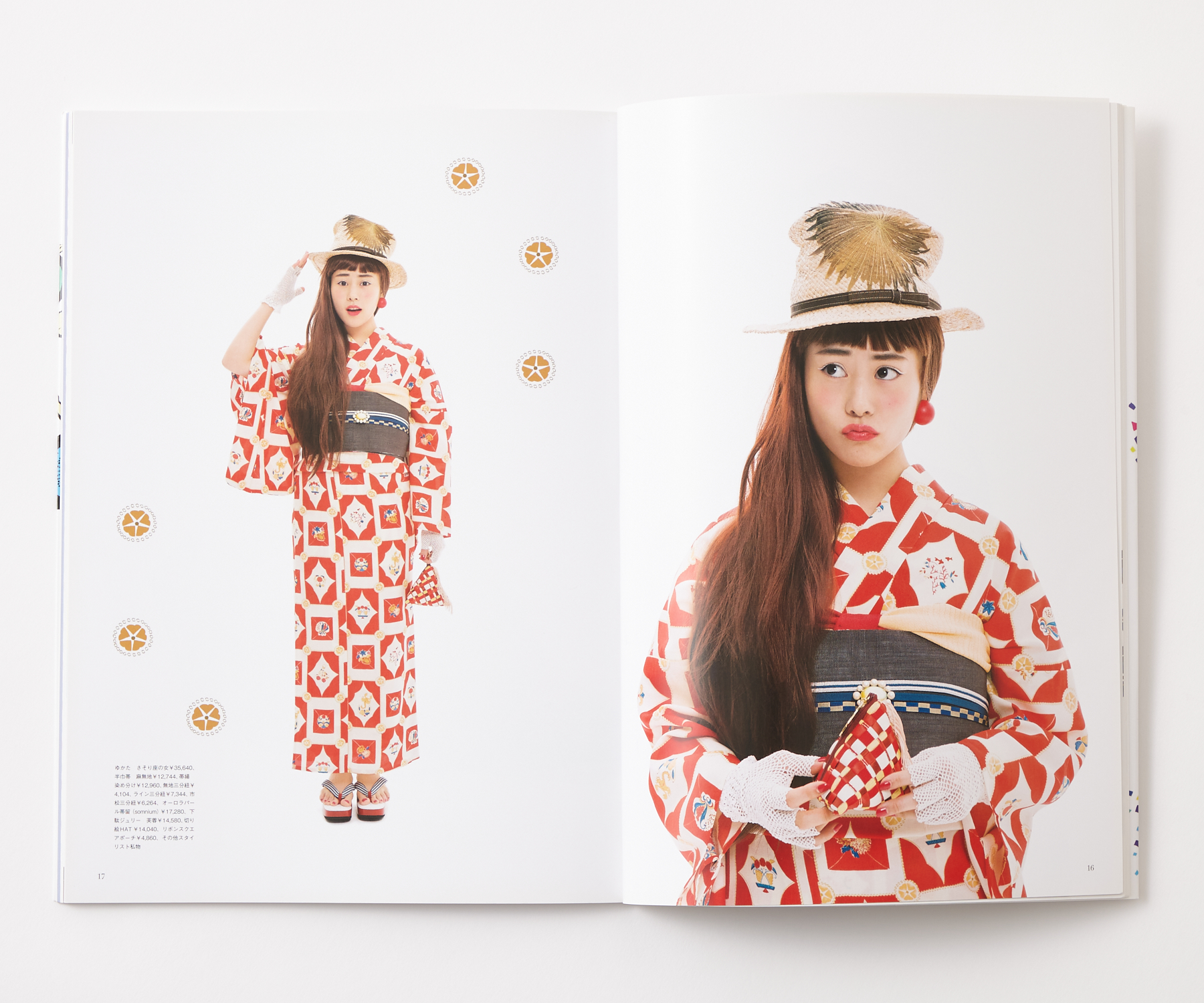 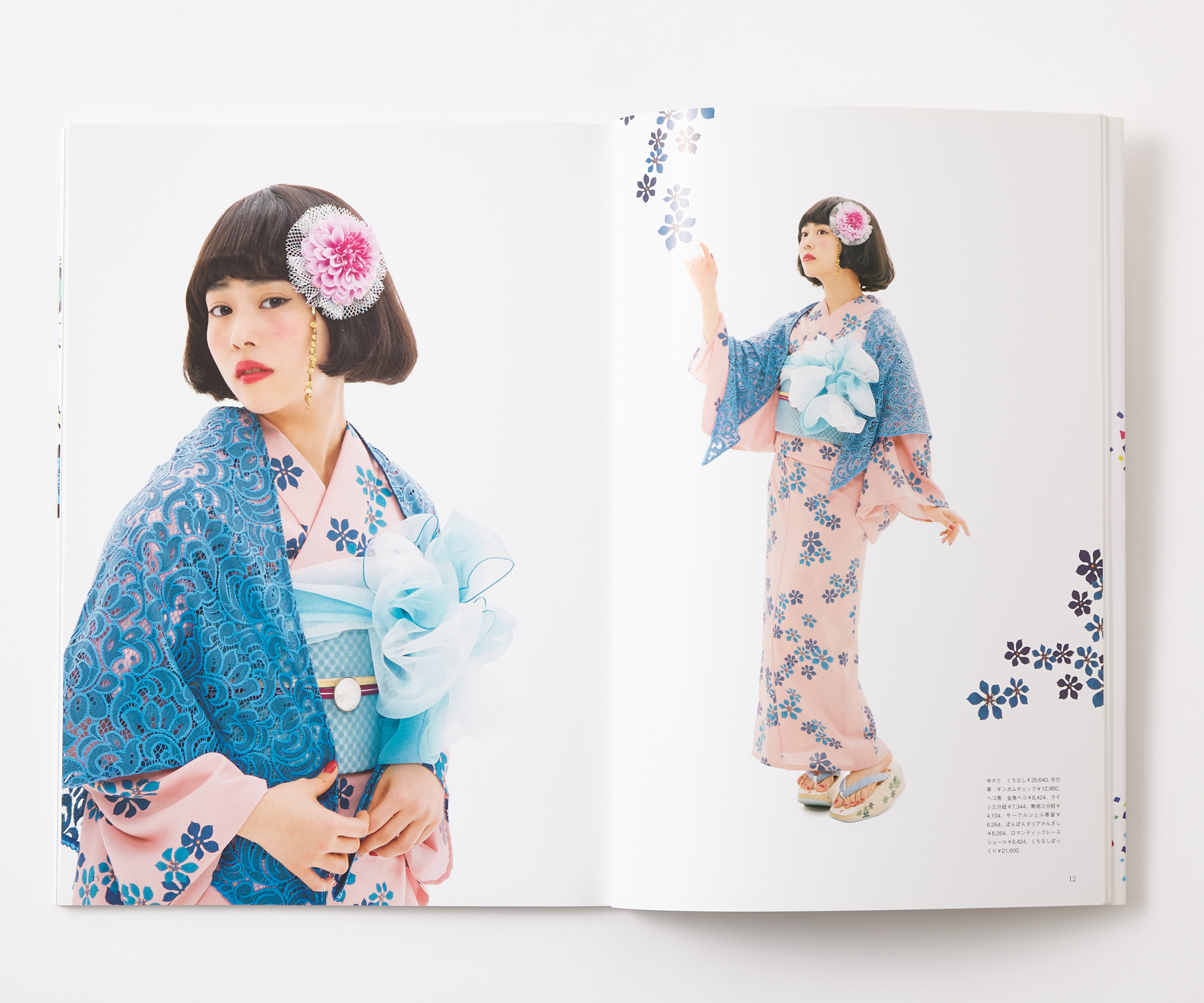 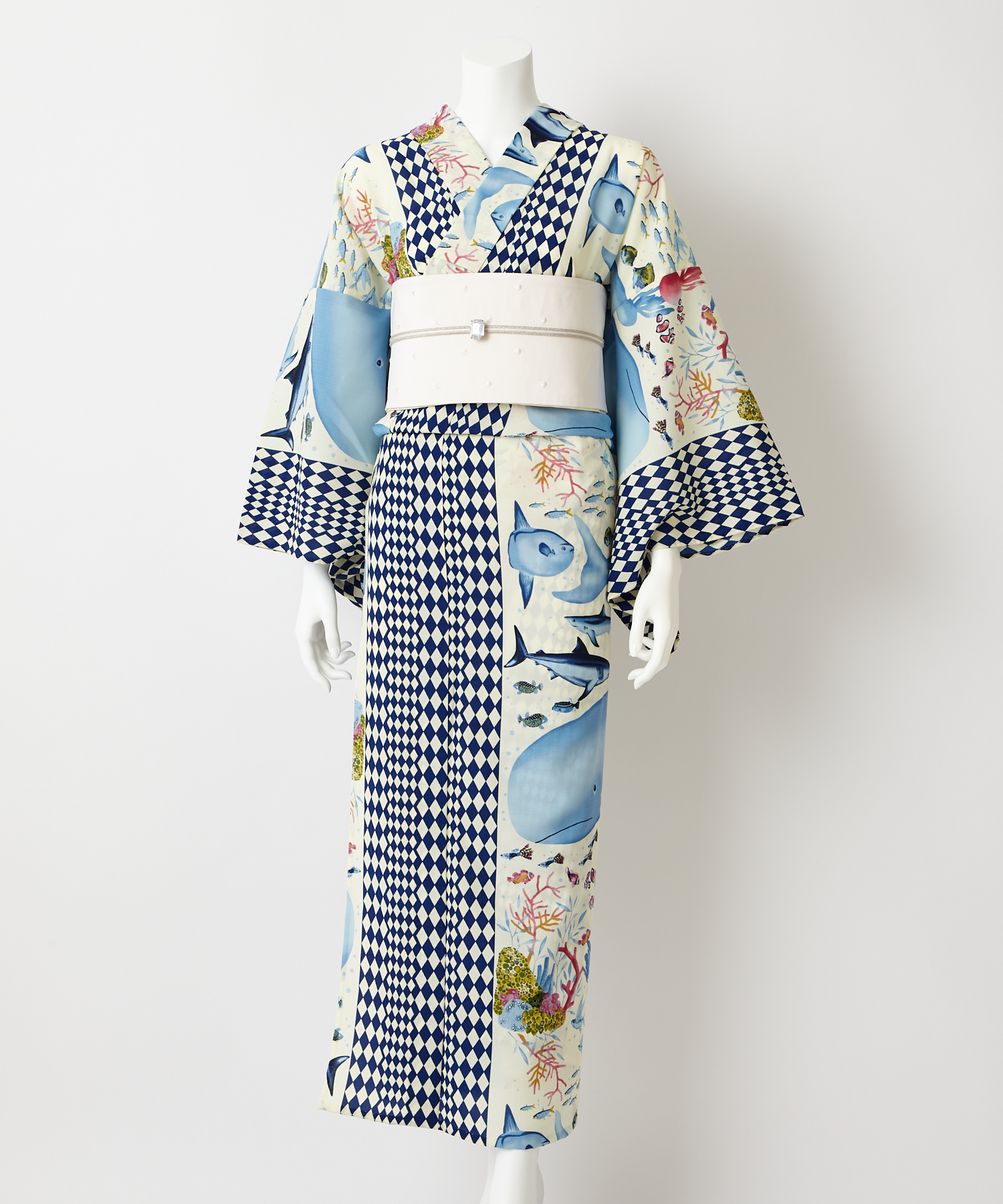 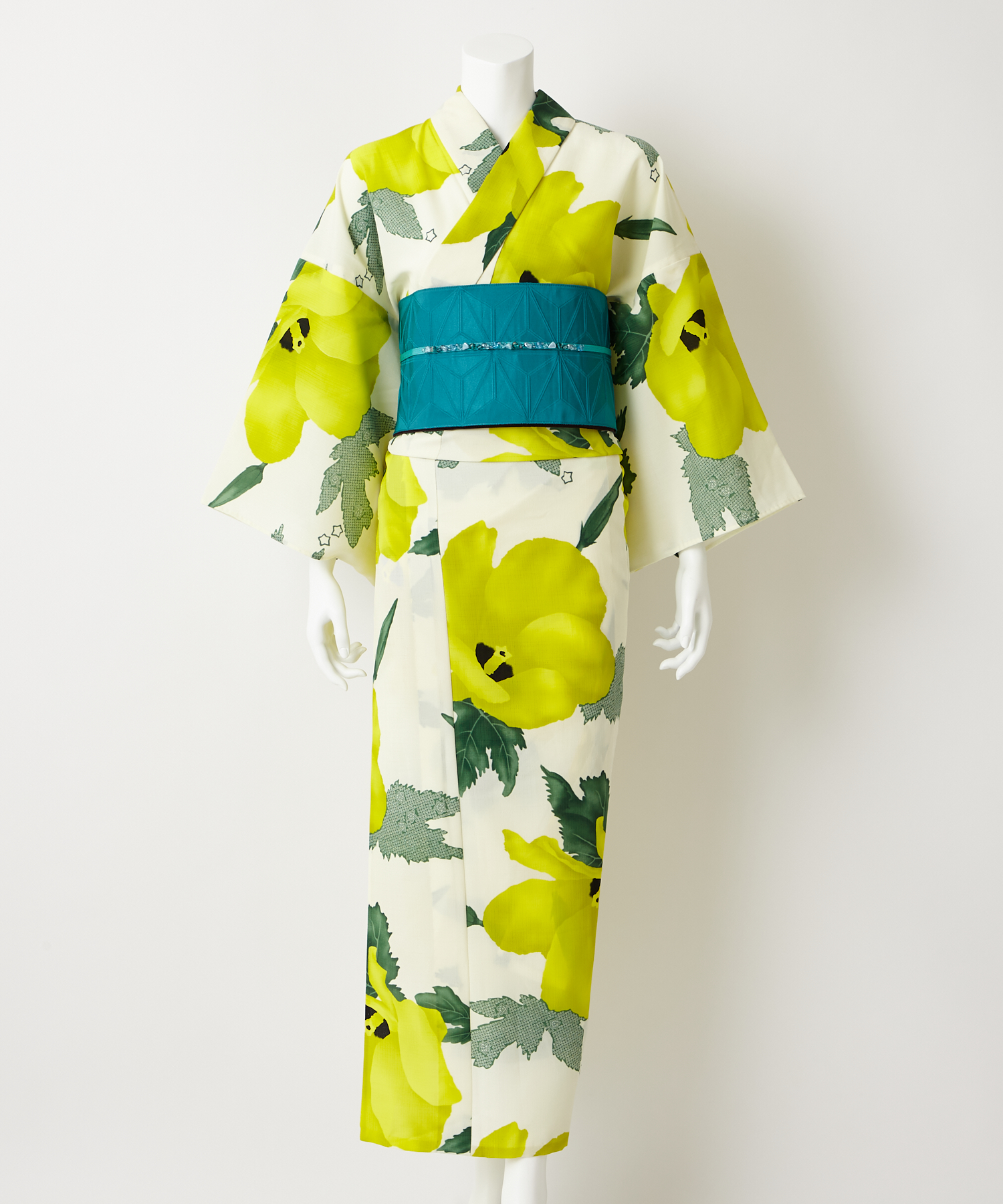 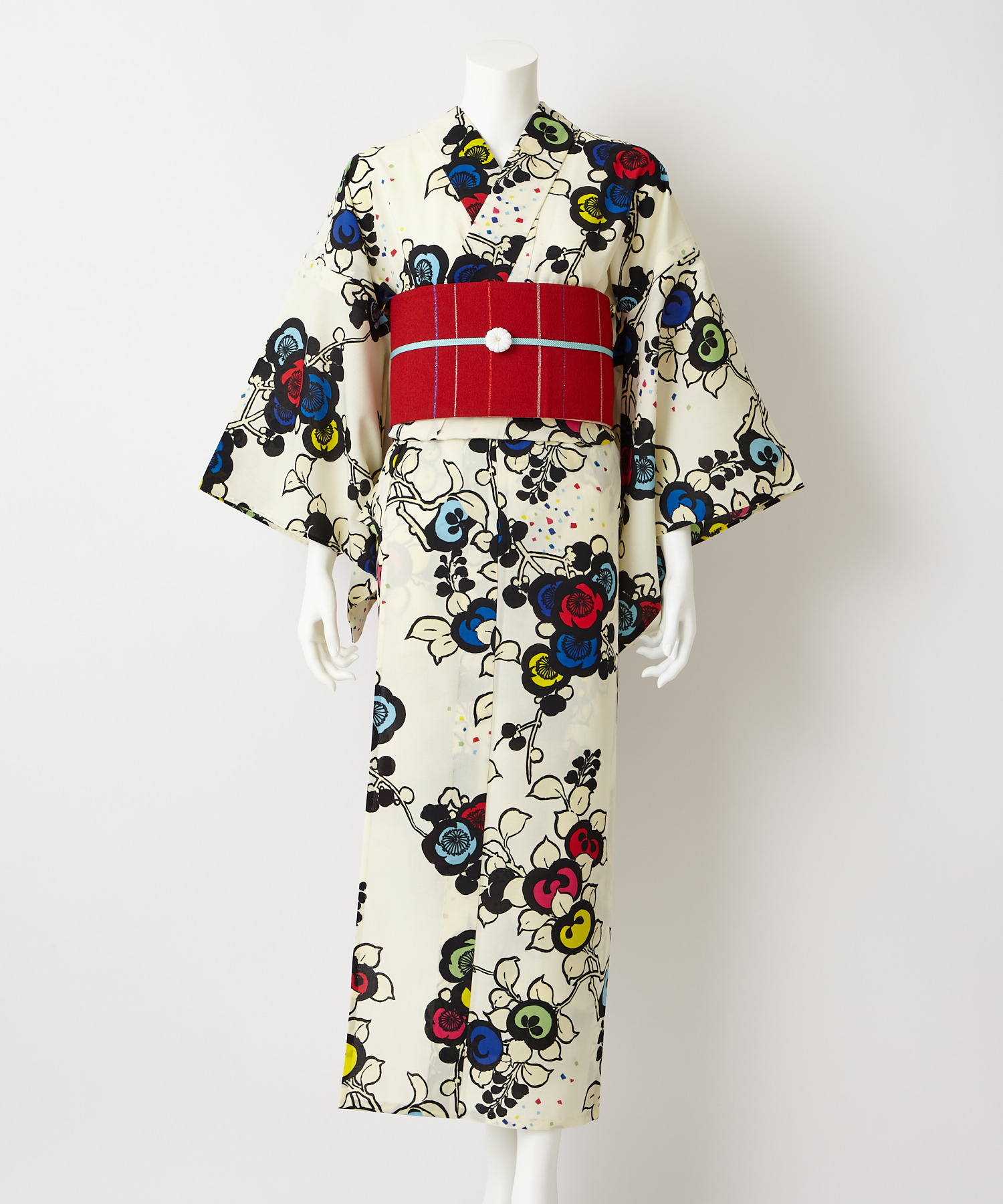 ― “Camalard”, a mix of geometry and hand-drawing
“Camalard”, which means “friend” or “friend” in French, was named after the sea friends such as whales and sunfish depicted in the yukata. It was a design that I didn’t often see at the time that geometry and motifs would fit into one fabric, but each motif is carefully drawn to the smallest detail. I think that the design has a strong individuality, but I think that it was easy to convey the purpose of the design as a “camarad” within the theme of “star sand party”, and I think that it could be picked up by many people. 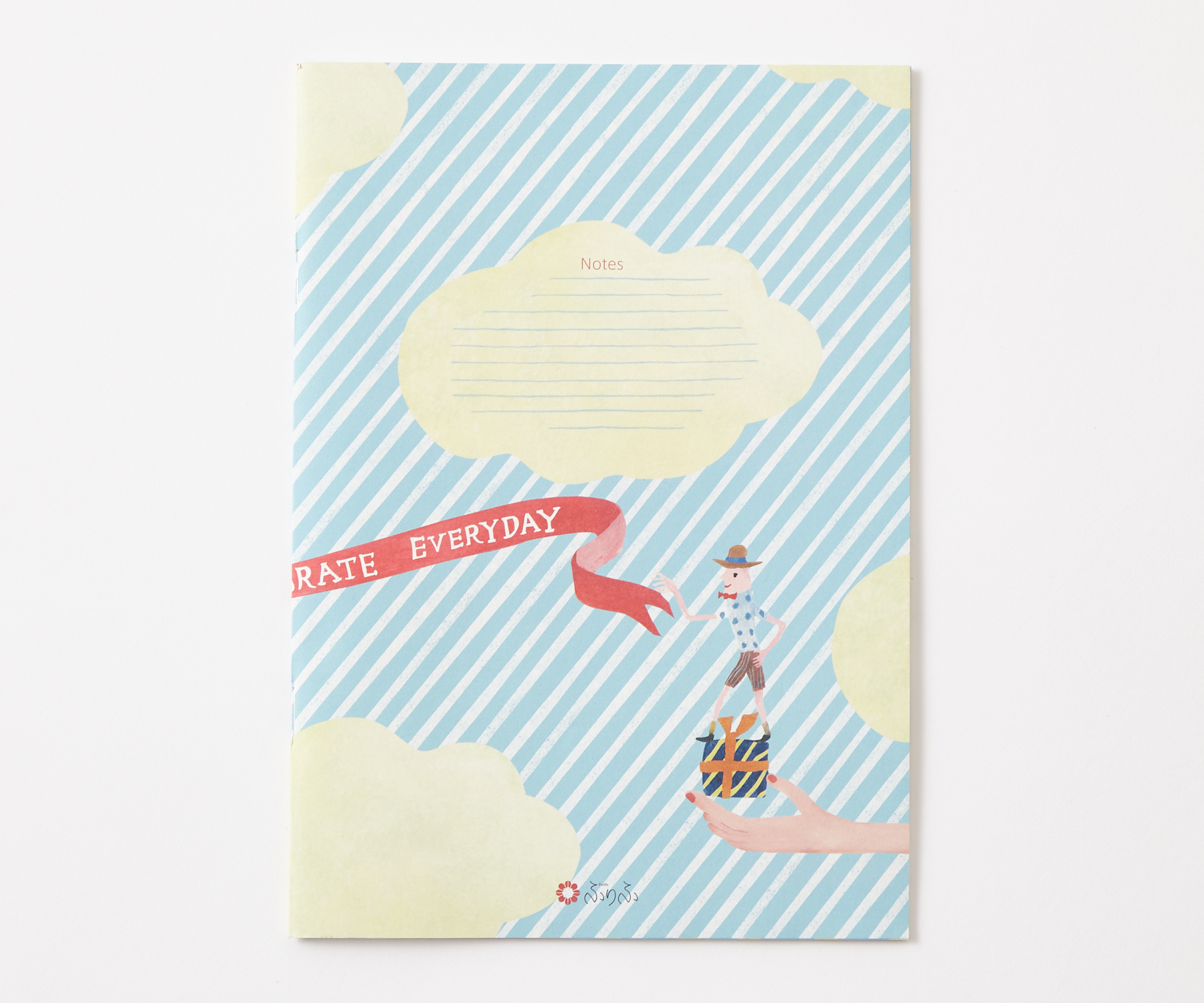 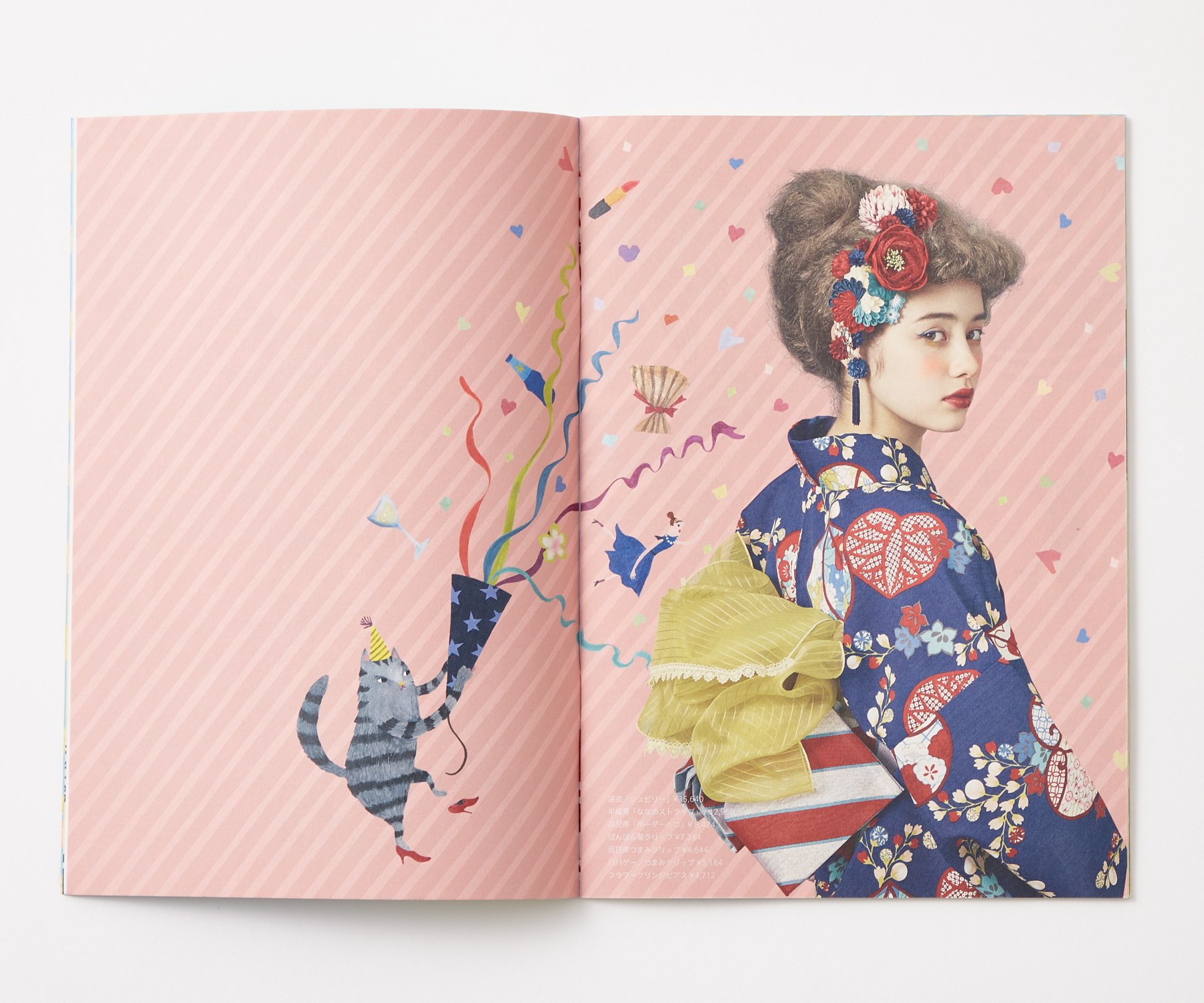 2016 catalog “every day is an anniversary” notebook type 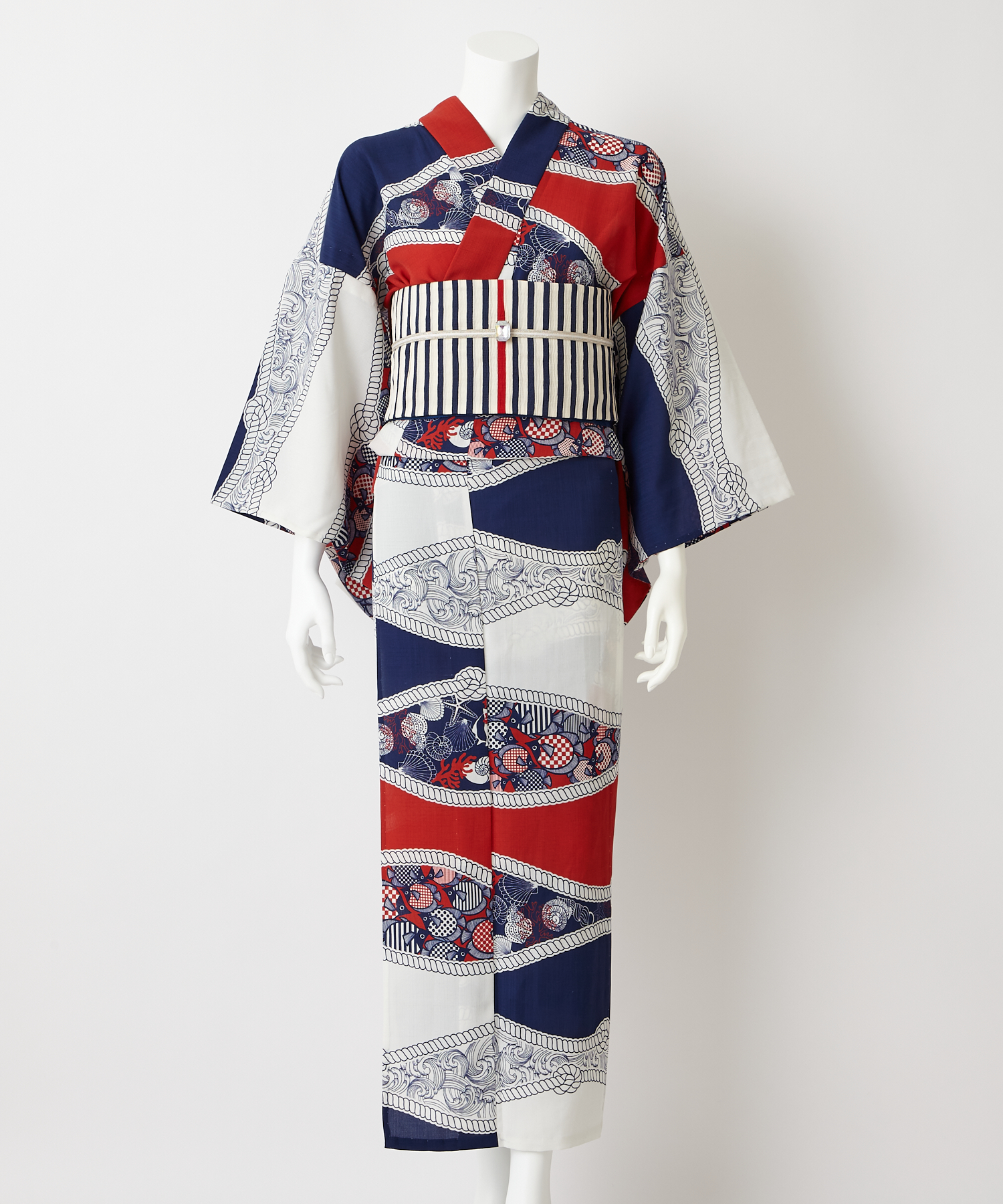 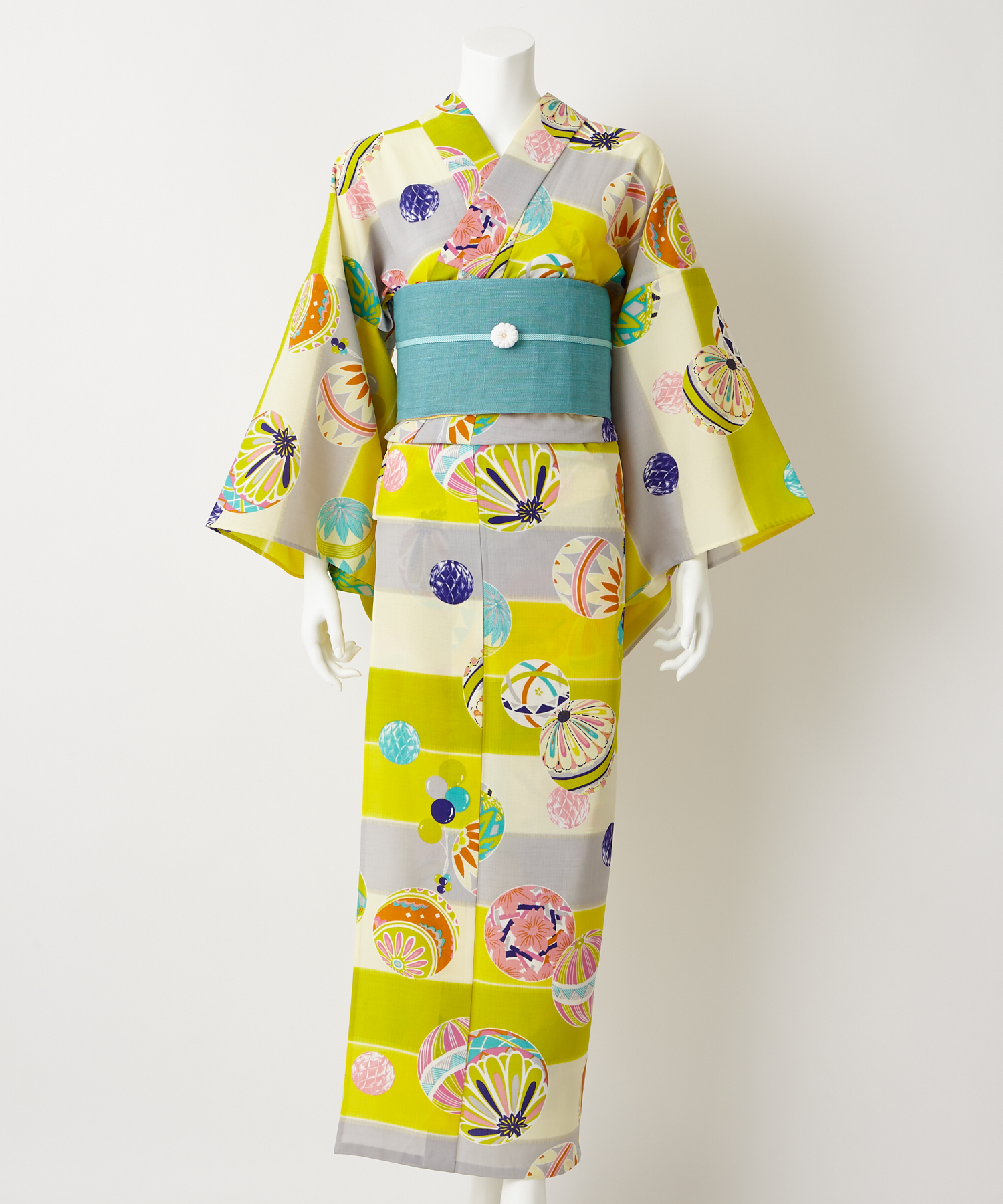 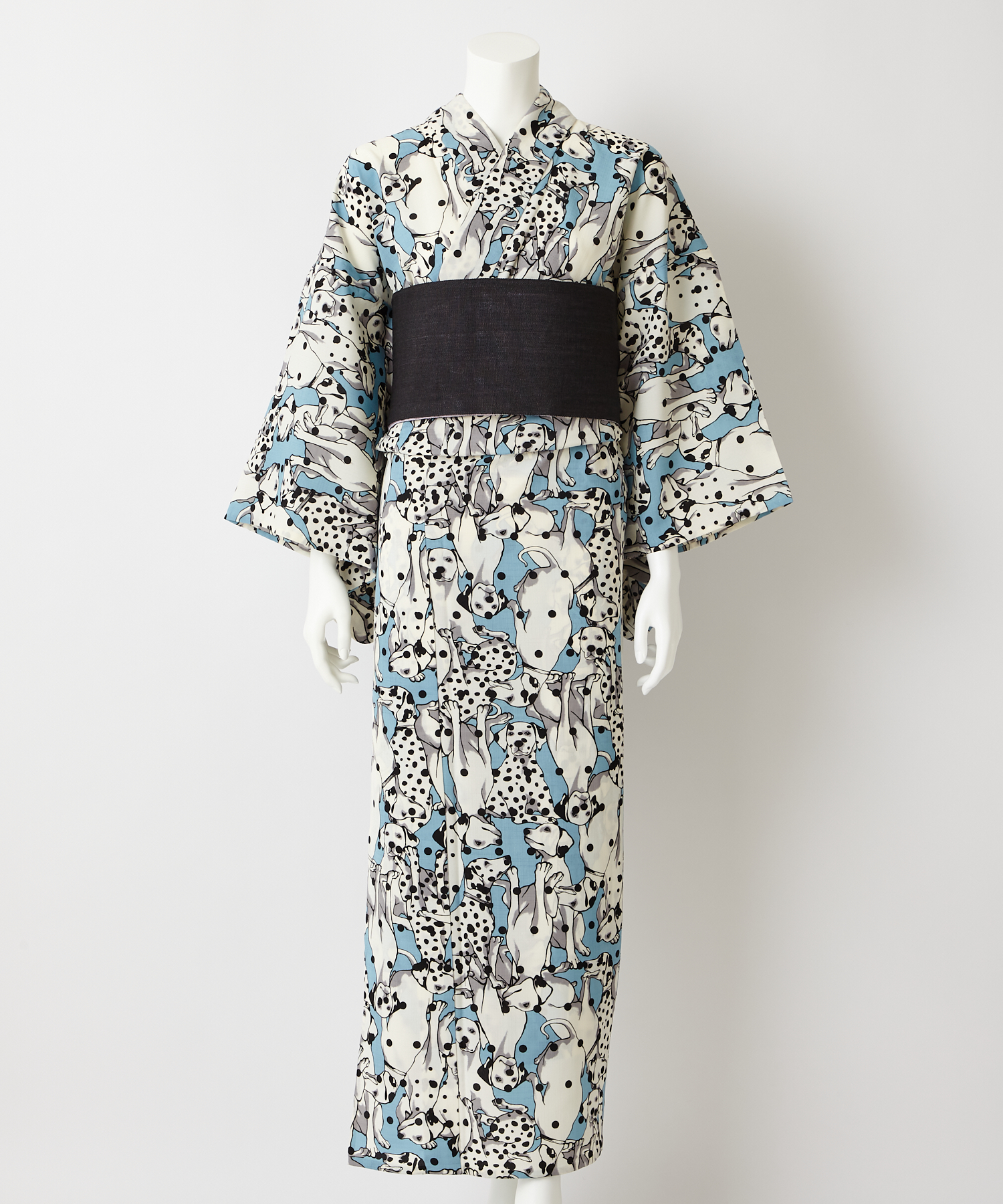 -I heard that there was a change in “Marine Rope” compared to the past yukata.
From around “Marine Rope”, I started to ask apparel designers for designs. By doing so, I think that it became a clothes-like design, and it was a very fresh and changing collection for me, such as how to draw lines and how to paint colors. Also, because it is reminiscent of summer, keywords related to “water” often appear. The theme is so big that it’s easy to think of a design, and it was a lot of fun to think about. 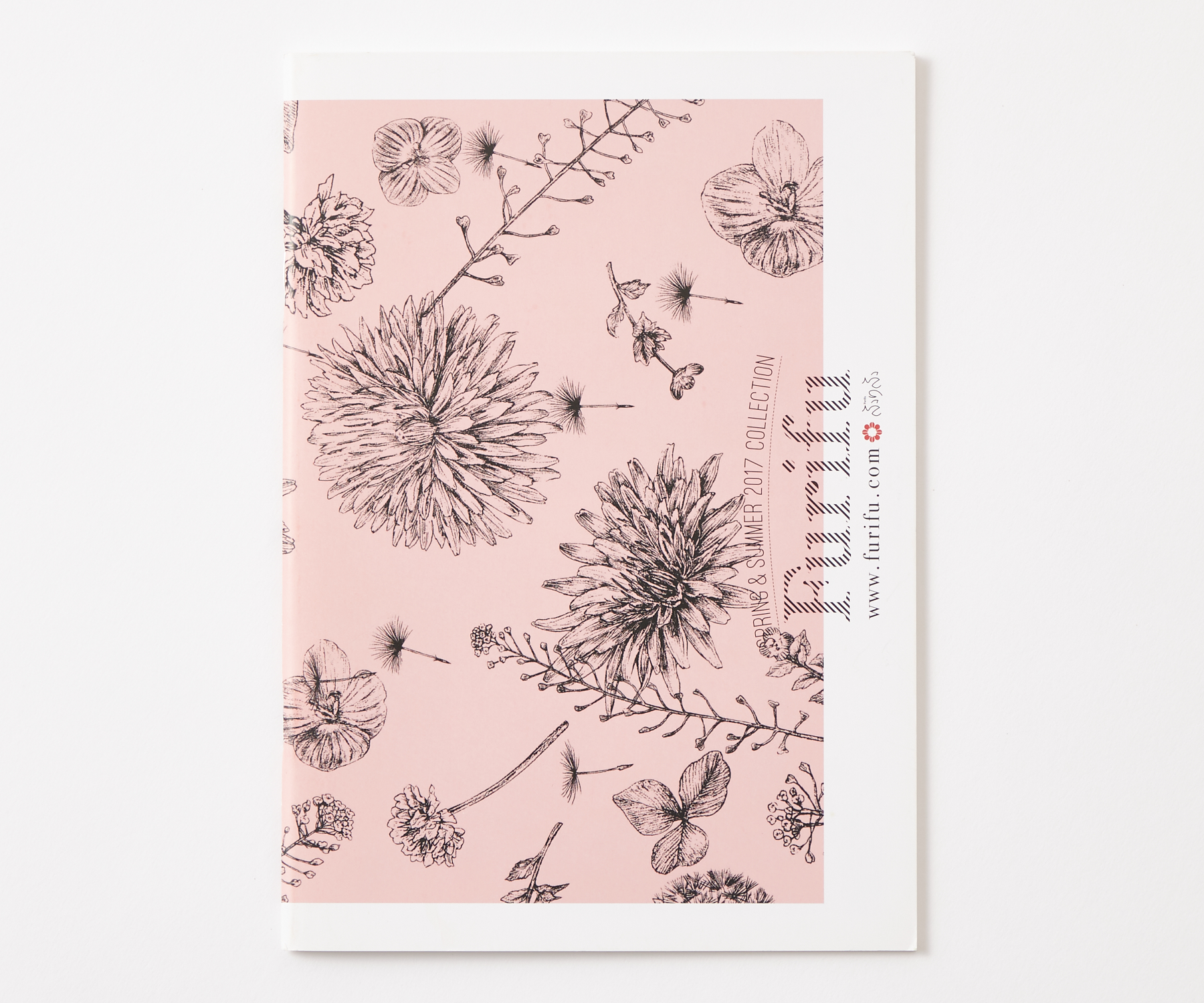 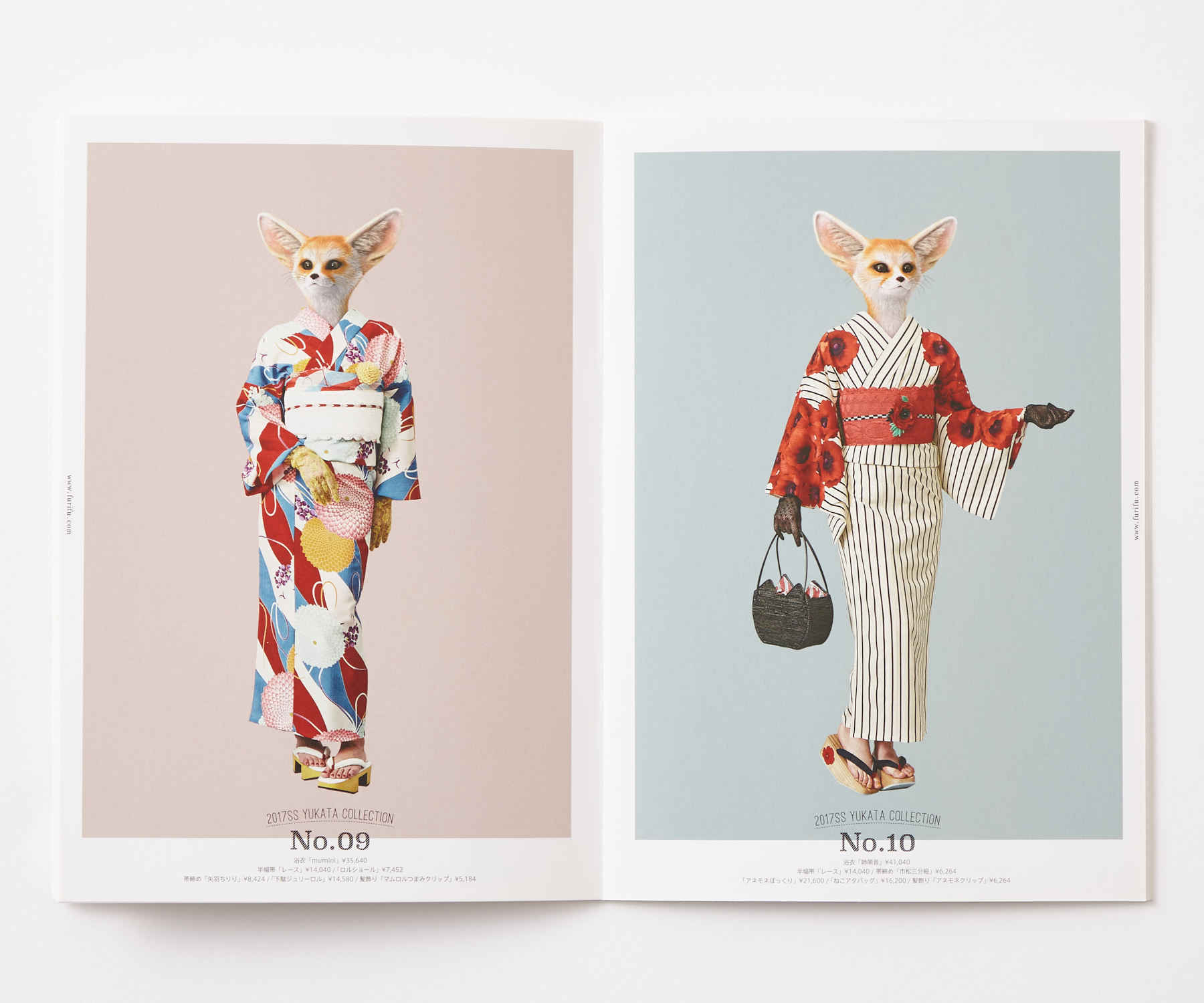 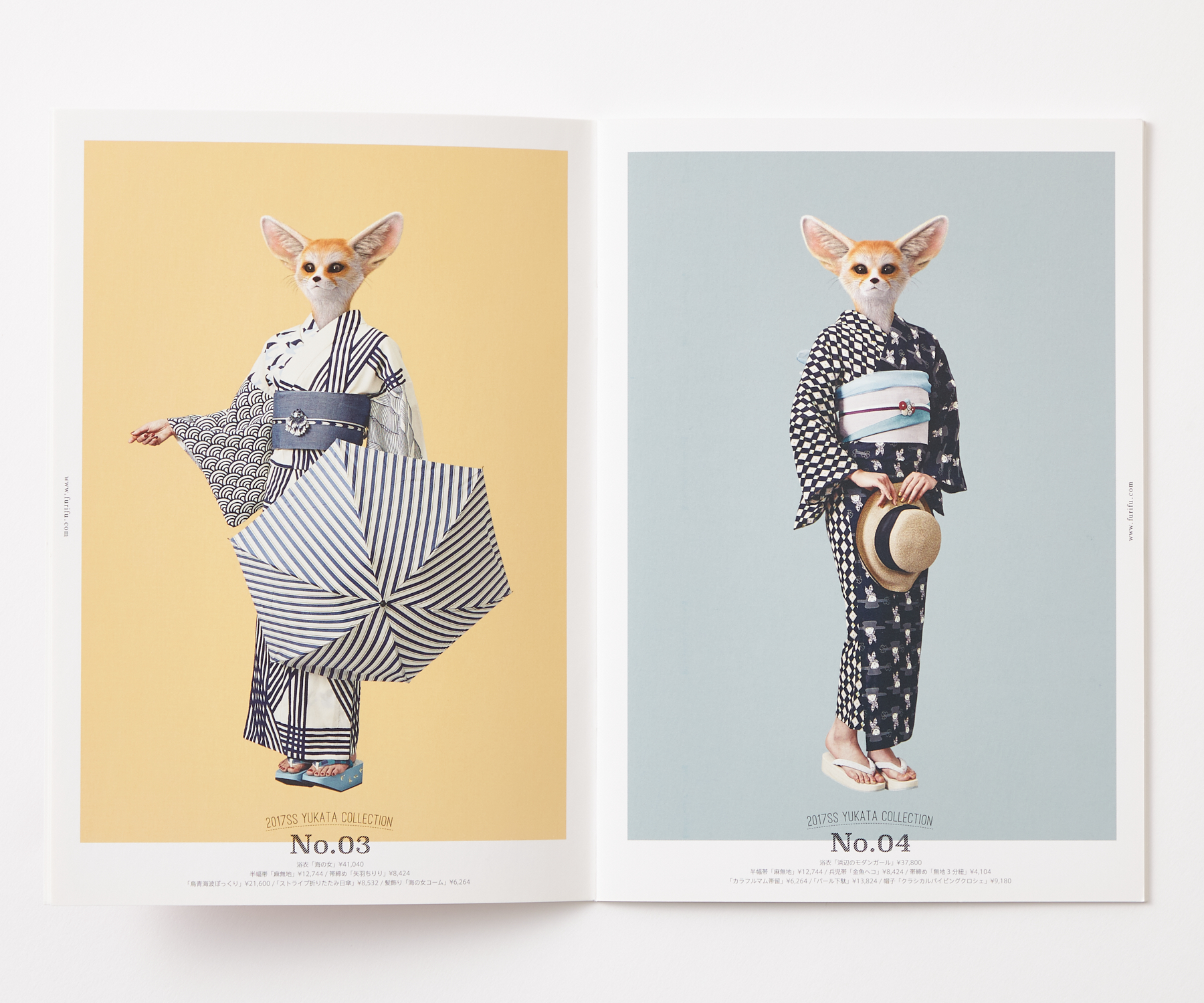 -Birth of “Anemone” still released in 2020
“Anemone” appeared here. This yukata is a popular pattern that has been loved since it was released in 2017 to 2020. At this time, the flow of “I just want to be cute is not enough” and “I want to wear a stylish and cool yukata” was gradually beginning. I think the trend has changed significantly since this year. 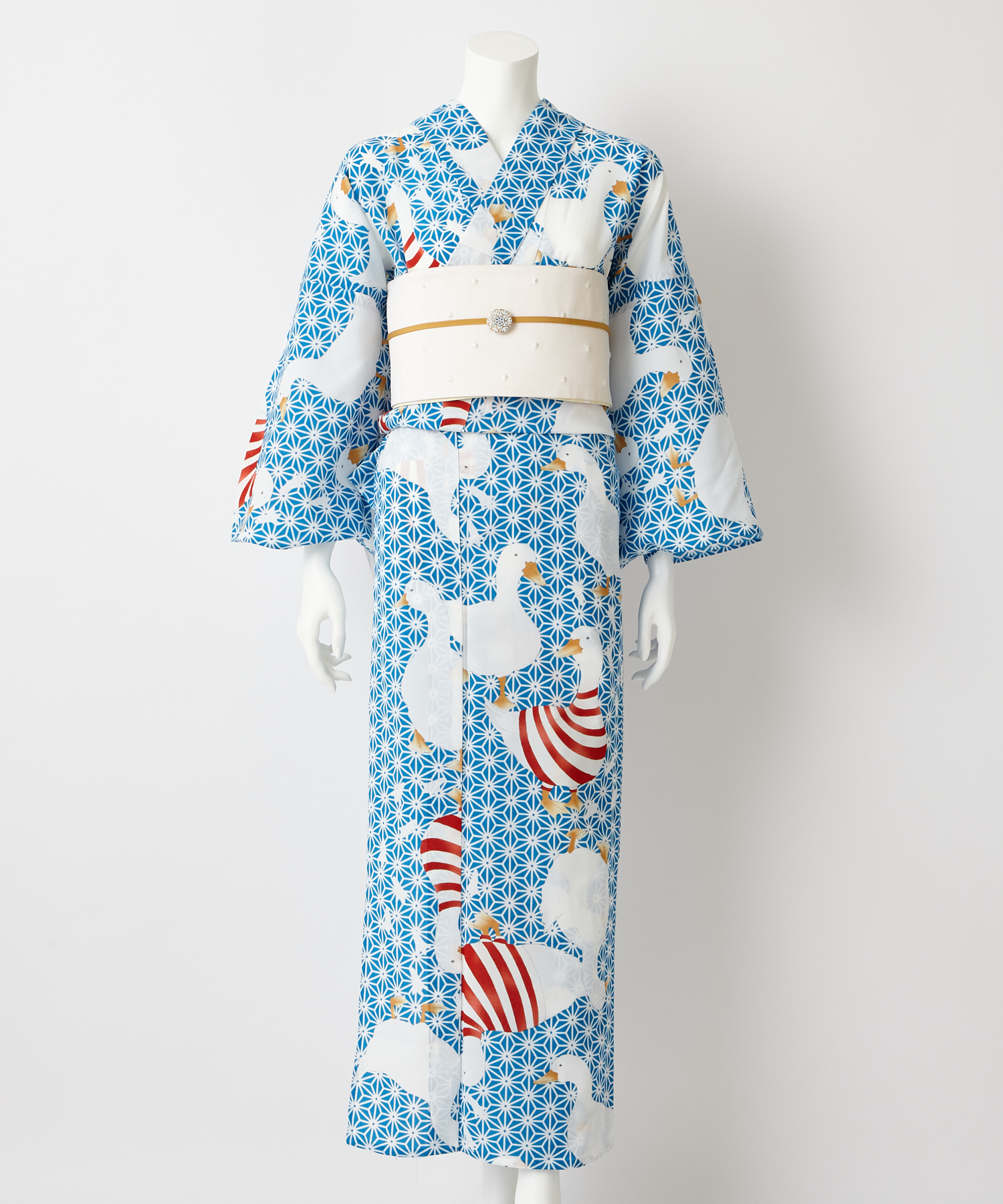 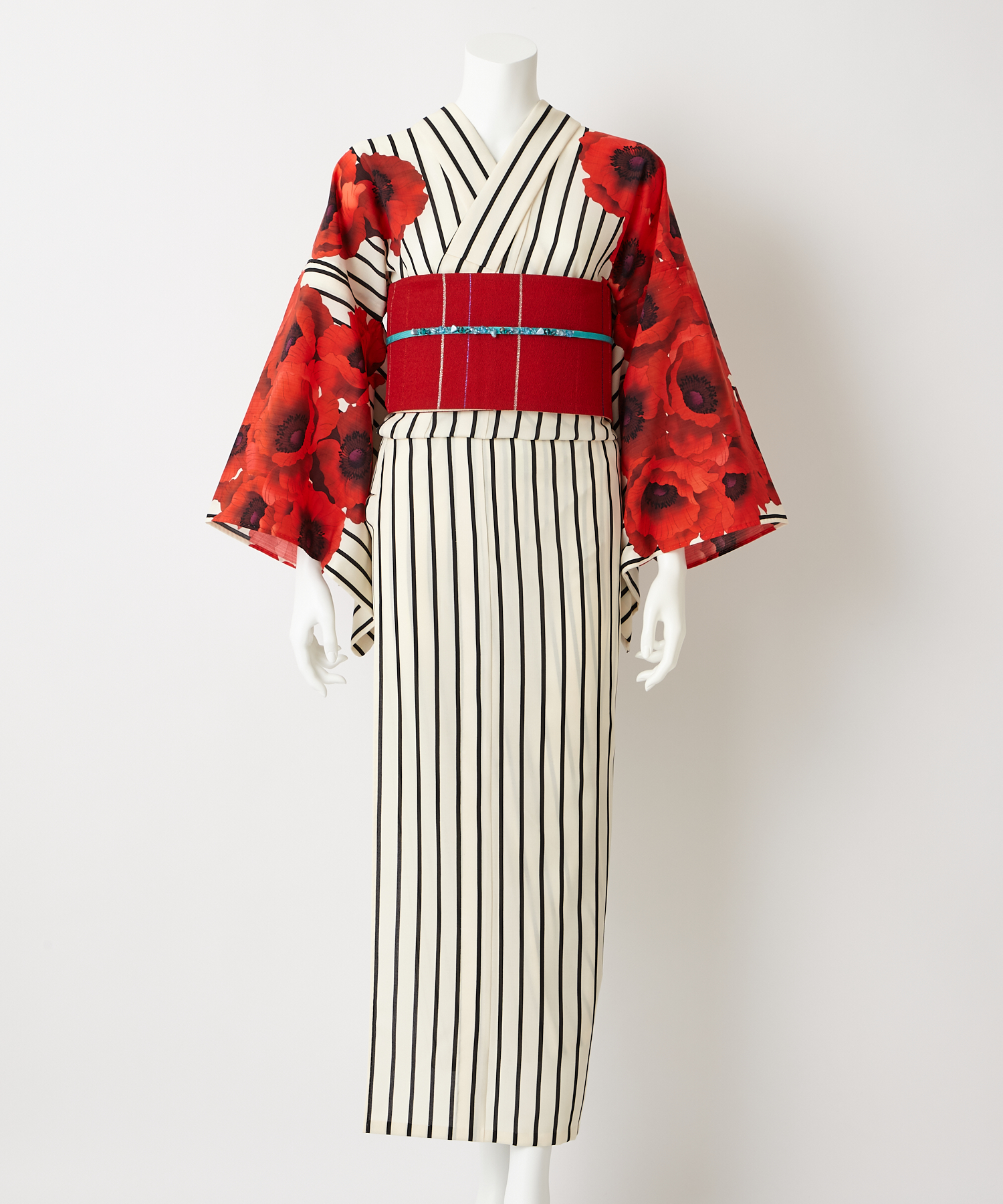 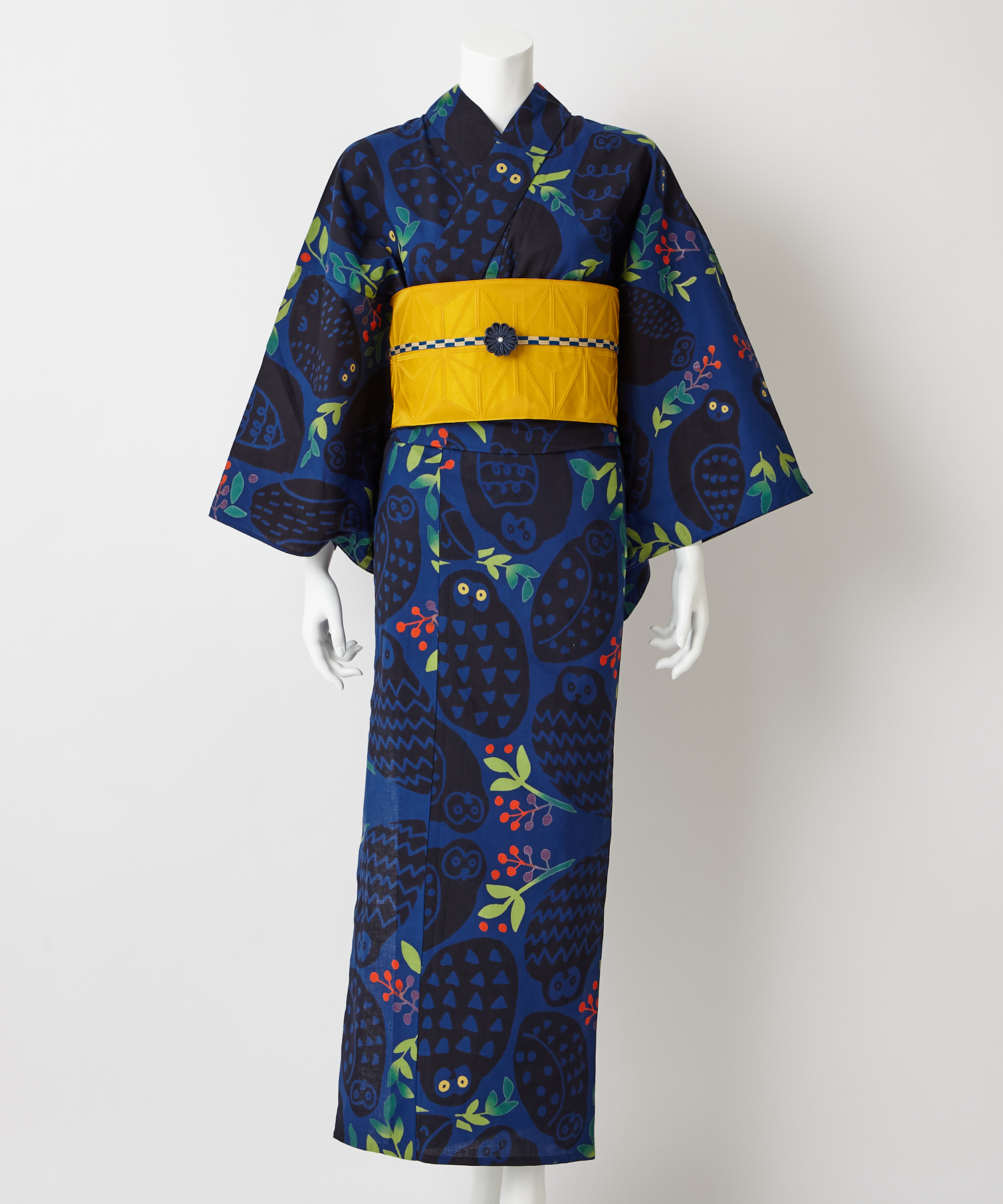 -“Duck’s walk” is a combination of duck and hemp leaf.
The origin of the encounter between the hemp leaf and duck motifs is that the footprints of the duck look like hemp leaves. I designed it thinking that it would be cute if it became a pattern. This yukata is a work that has been redone many times, which is very impressive. I have the image that a duck pops out of a hemp leaf, and I wanted to make the line (thread) around the duck thin. I searched for the thinness of the line and repeated the process. As a result of our commitment, we were able to complete it in the best possible condition, which is good. 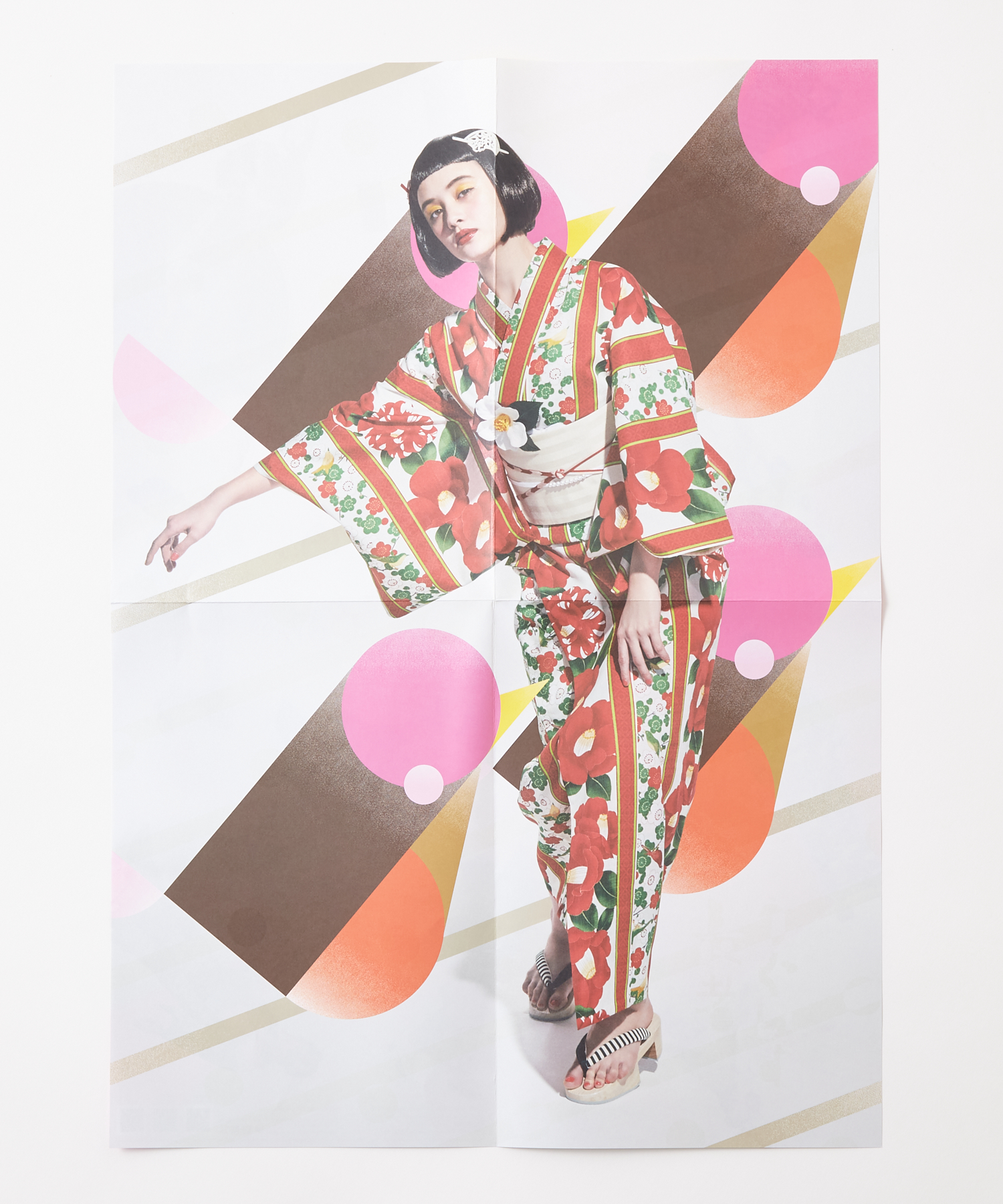 -The theme is “Geometric Japanese folk tale”, a world of Japanese style.
With the coming of the Tokyo Olympics approaching, I was able to feel the atmosphere that the world of “Japan” and “Wa” was reexamined and “Japan is cool!” As a furifu, I wanted to create a new lineup by boldly turning the theme to “Japan” at this timing. When I looked back at Japan’s old tales again, I found many discoveries and I was thrilled with the fun. It was difficult to put the story into a design, but I designed it with attention to detail. 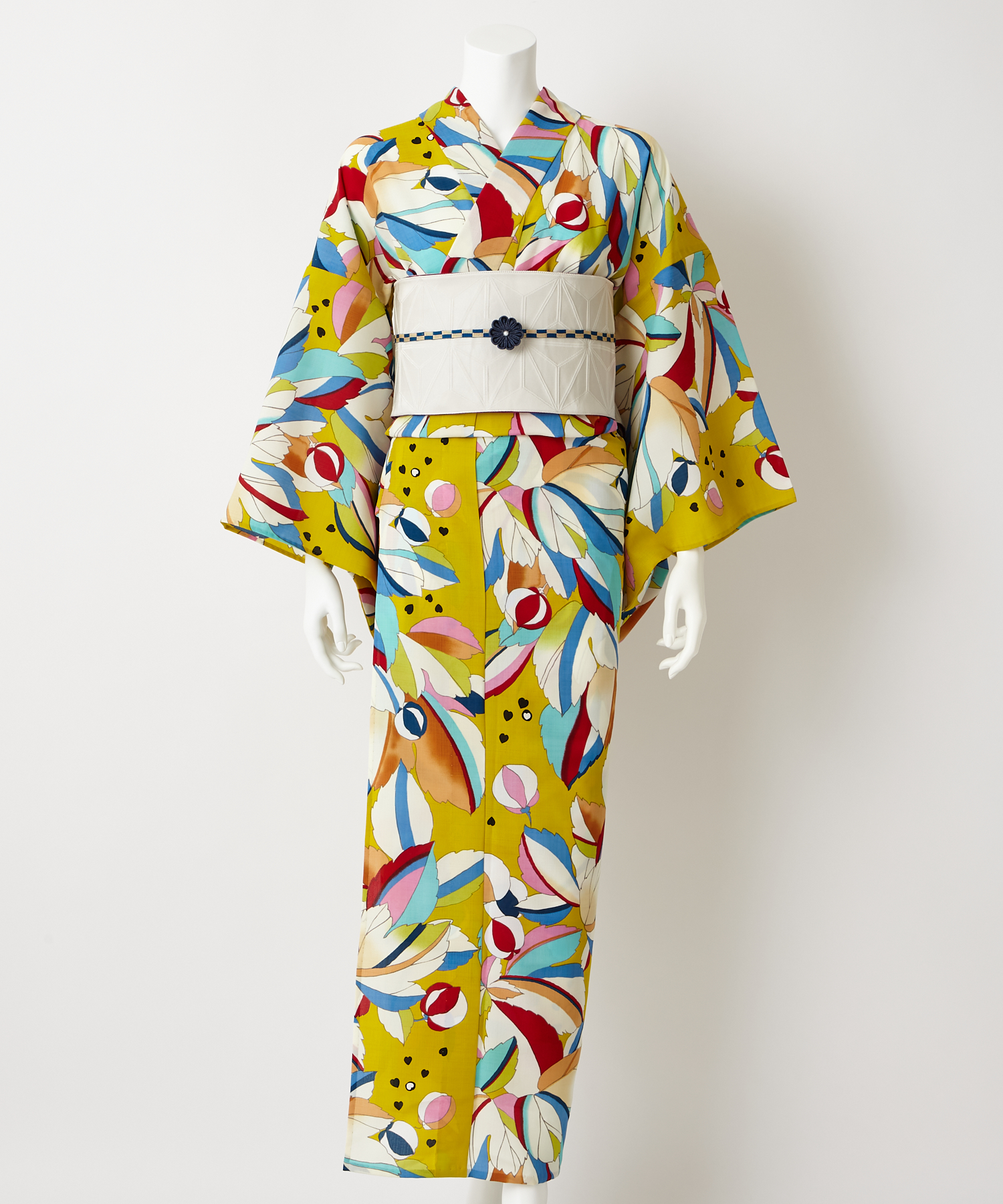 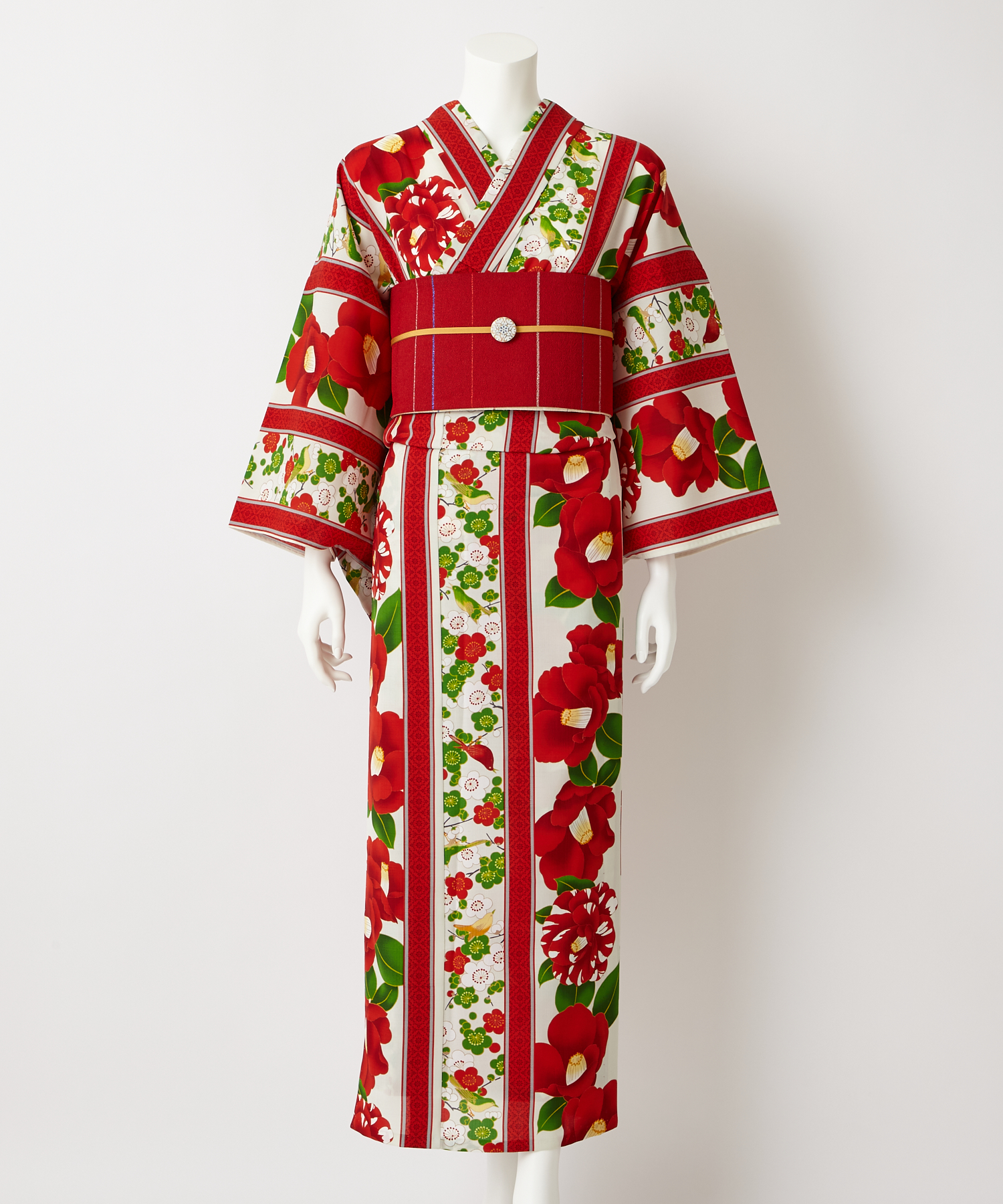 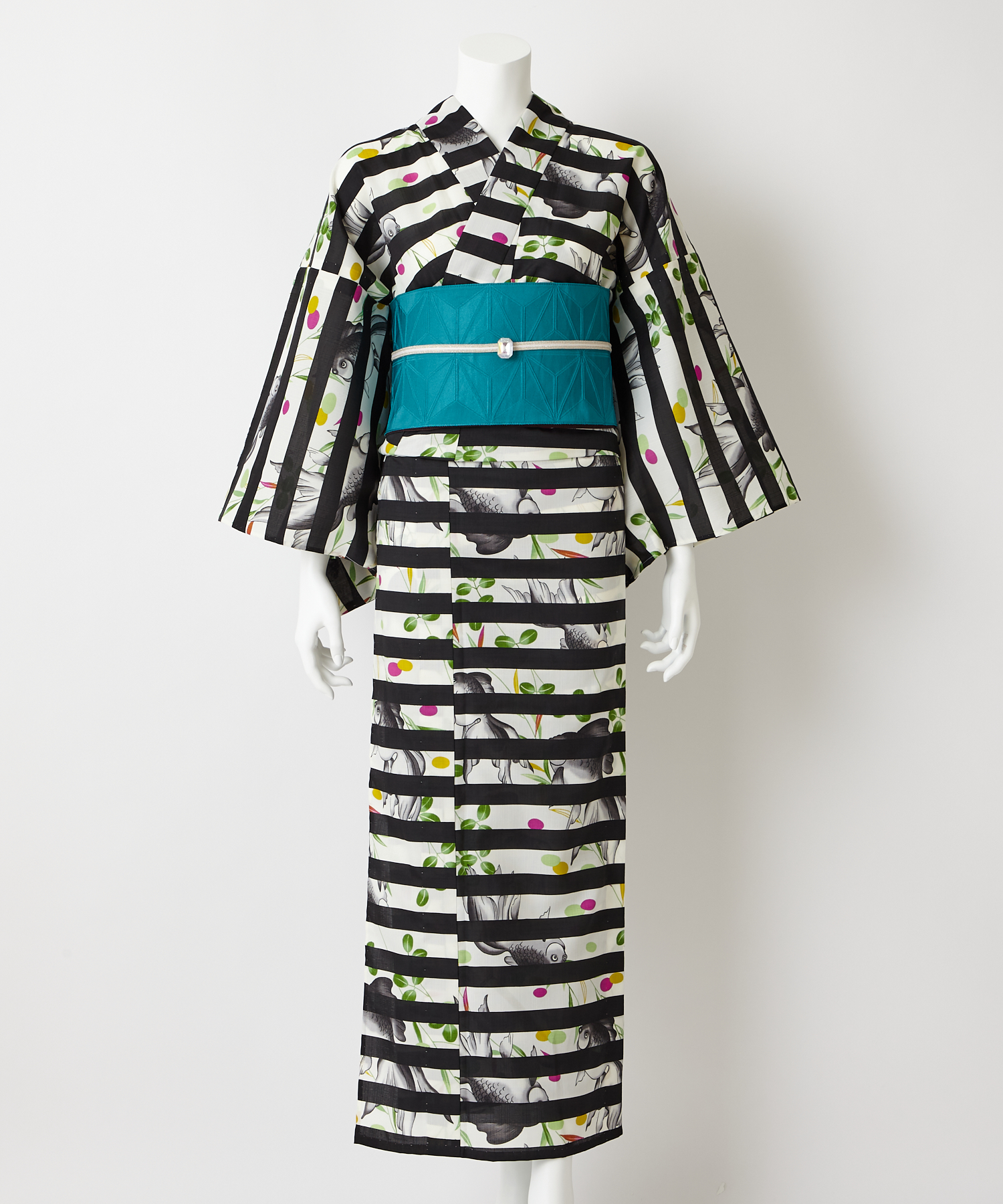 -“Fusen puzzle” has a unique arrangement of lines and colors.
As you can see from the theme of “Geometric Japanese Folktales,” I wanted to include geometric elements throughout. Regarding the “Fusen puzzle,” I was aware of the “natural combination of colors.” I thought that the colors would look like lines and then could be seen on the surface, or if the colors were overlapped in a strange color scheme, it would look geometric. There are many choices, so I made trial and error until the design was completed, but I also enjoyed making it.

2019 The sum that has arrived round and round 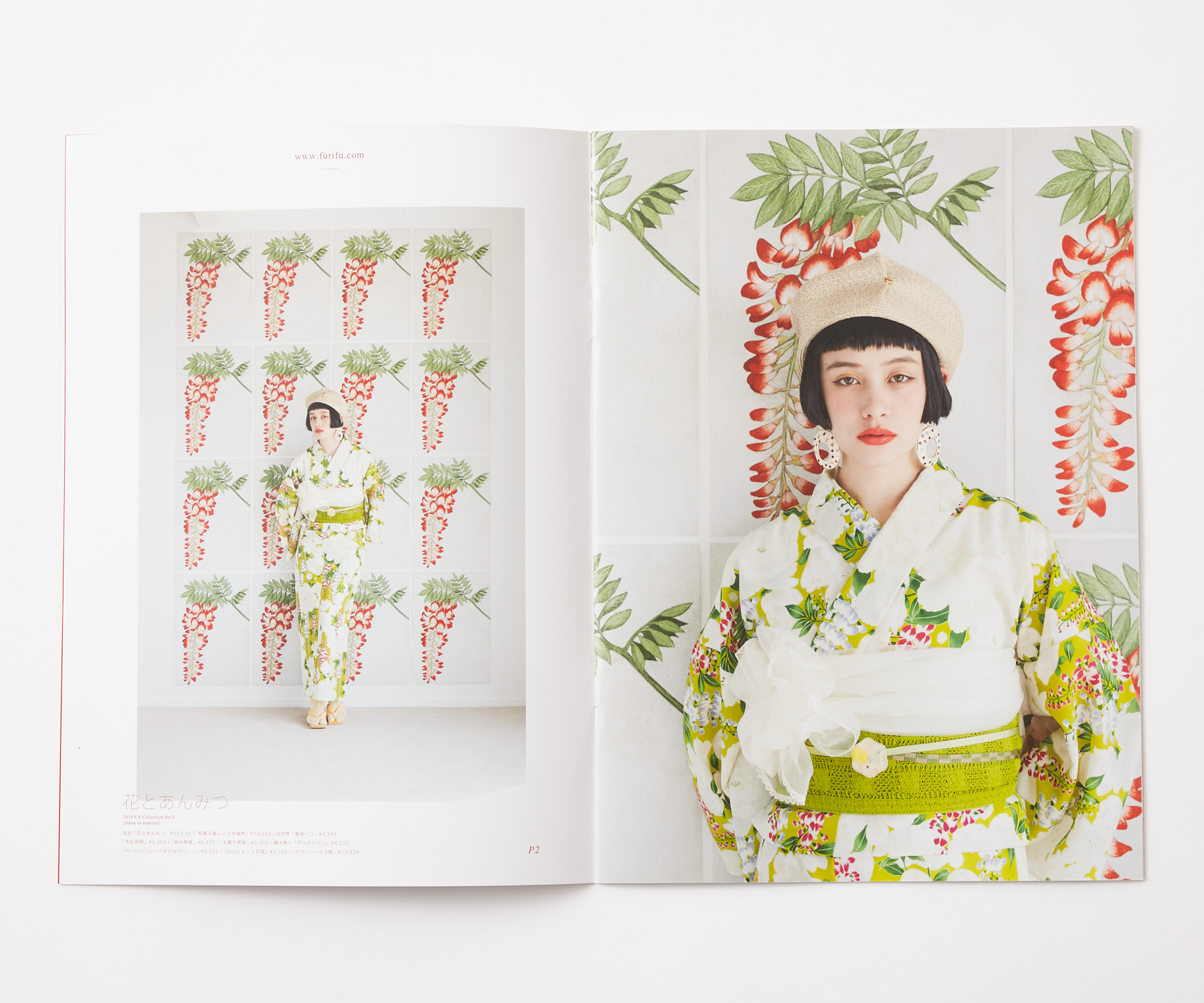 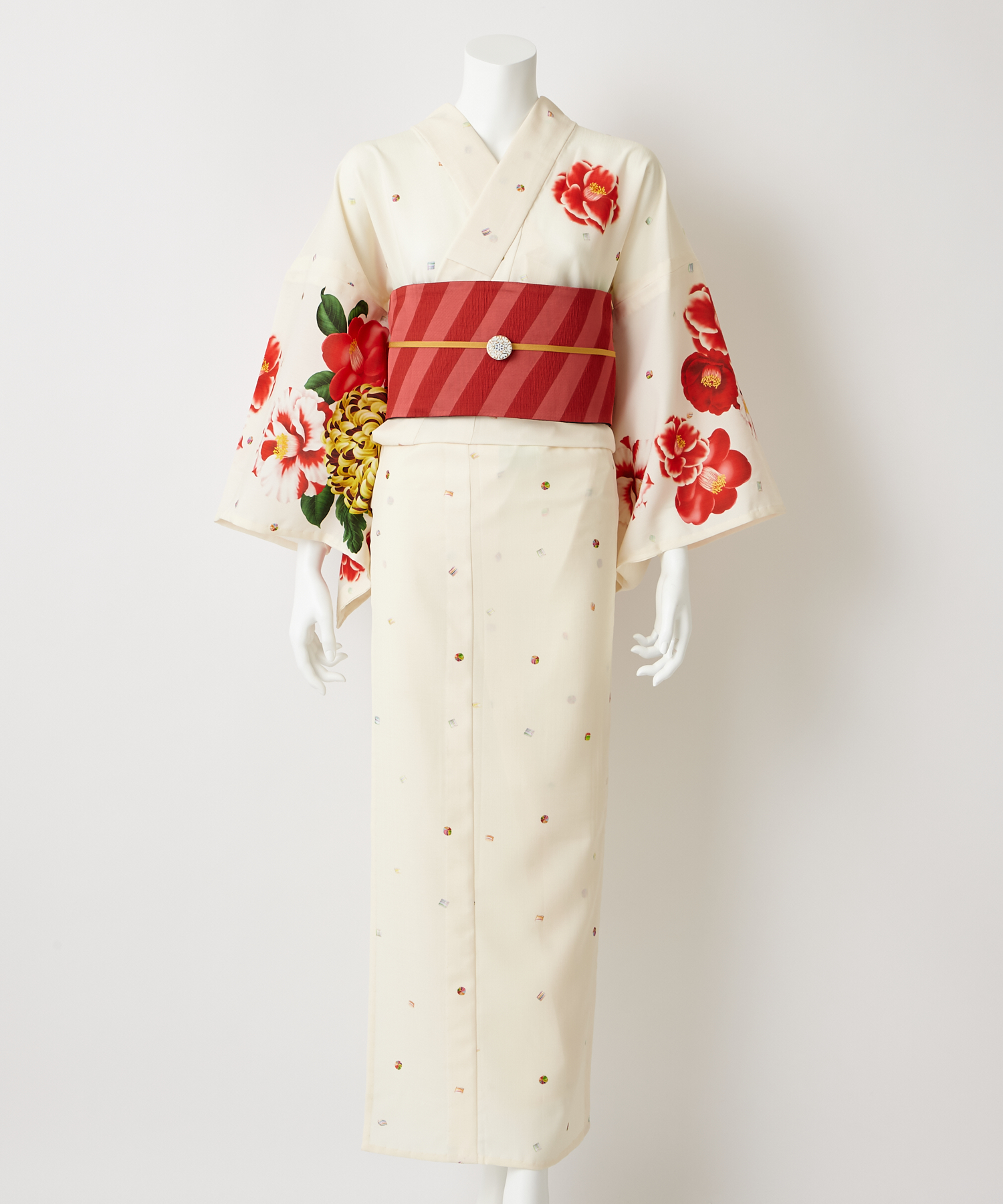 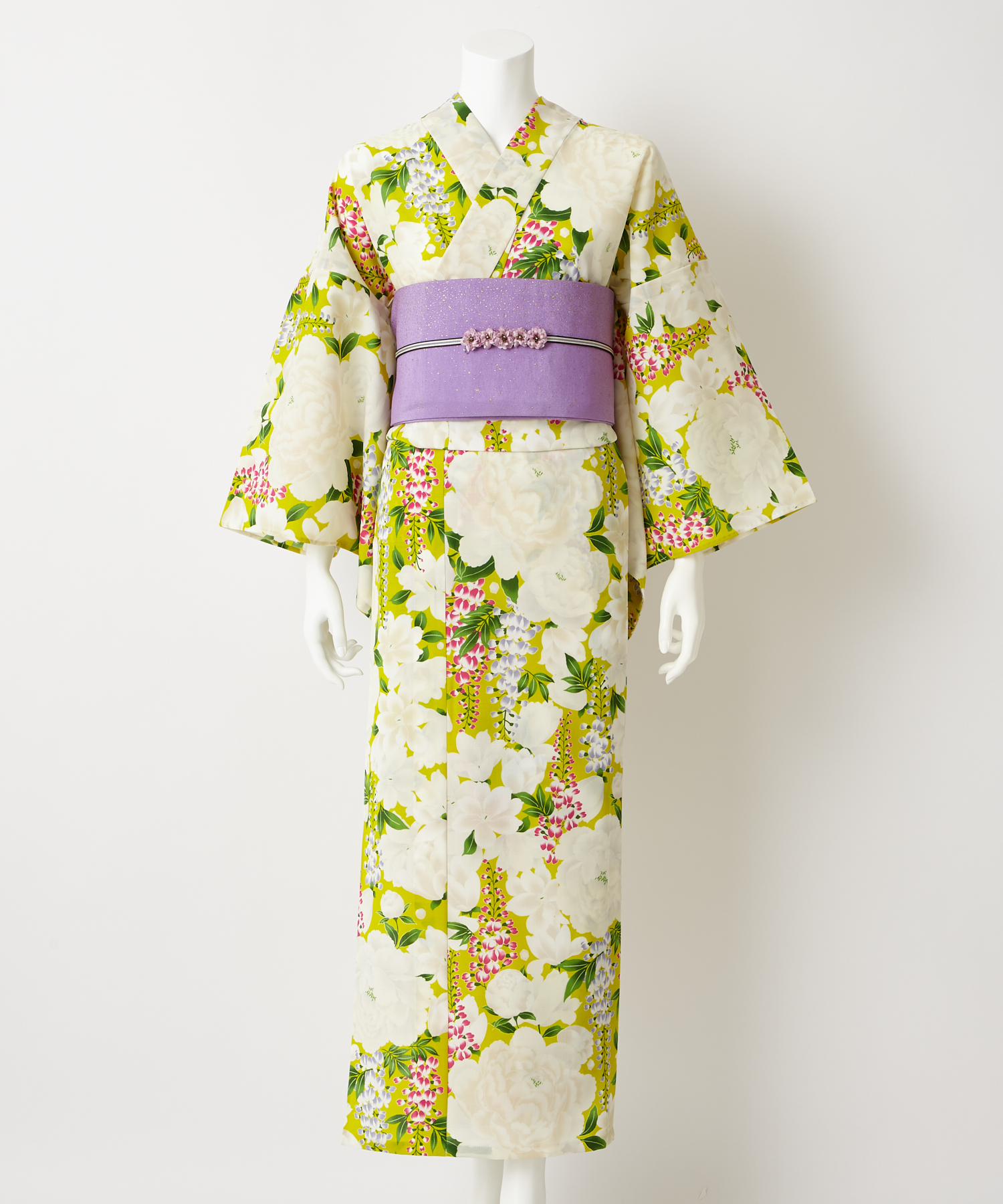 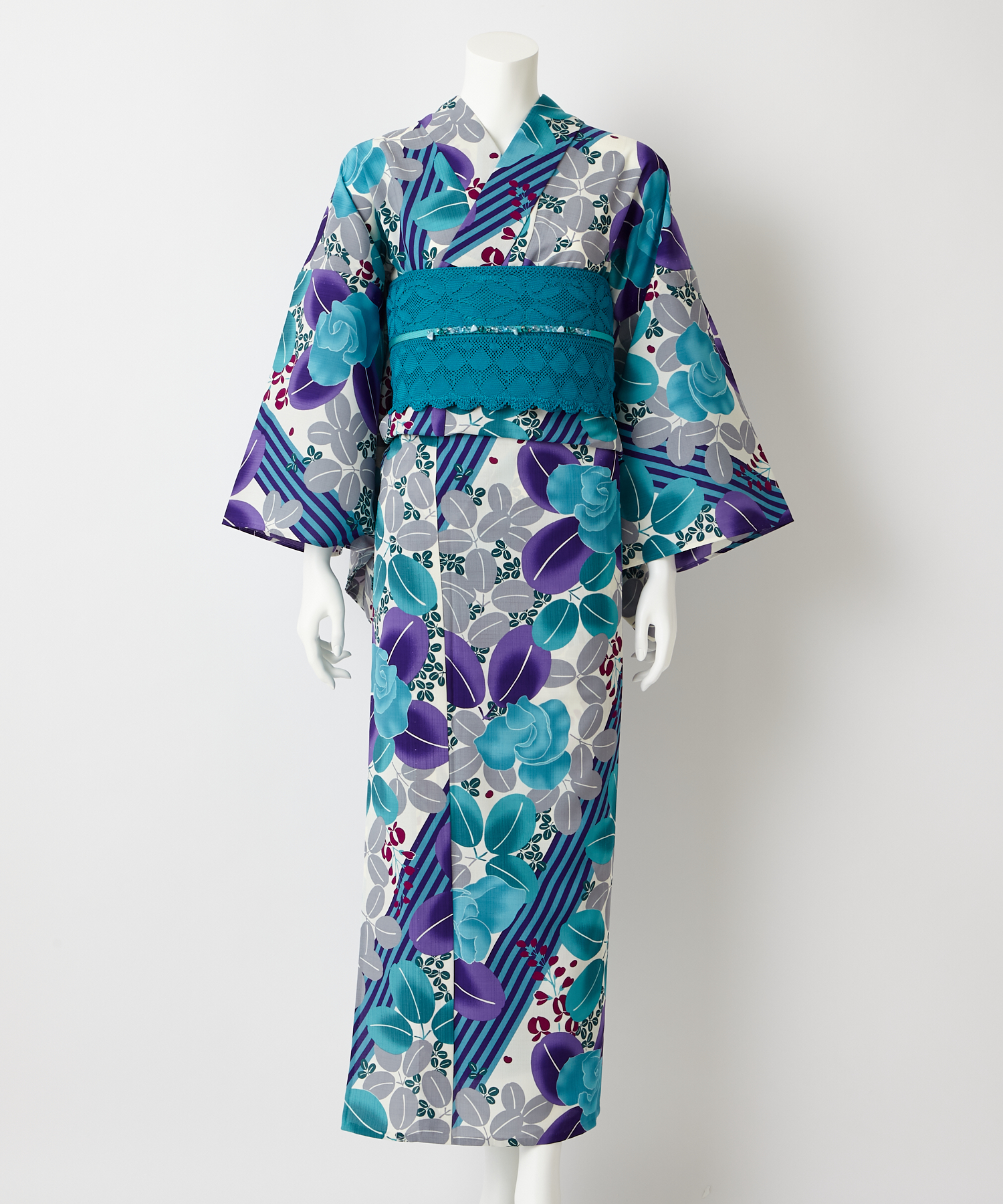 -I feel that the element of Japanese has become stronger, while leaving the furryness
That’s right. However, just because I decided on the theme of “Flowers and Anmitsu” does not mean that I just need to draw sweets, so I am always struggling to set the theme and spread it. However, I thought it was necessary to make the motif easier to understand this season, so there are a lot of Japanese sweets scattered around. I also rolled white balls and agar, and used the candy from Kyoto that I actually bought for design. Japanese sweets were so cute that they became pictures and it was fun to design. 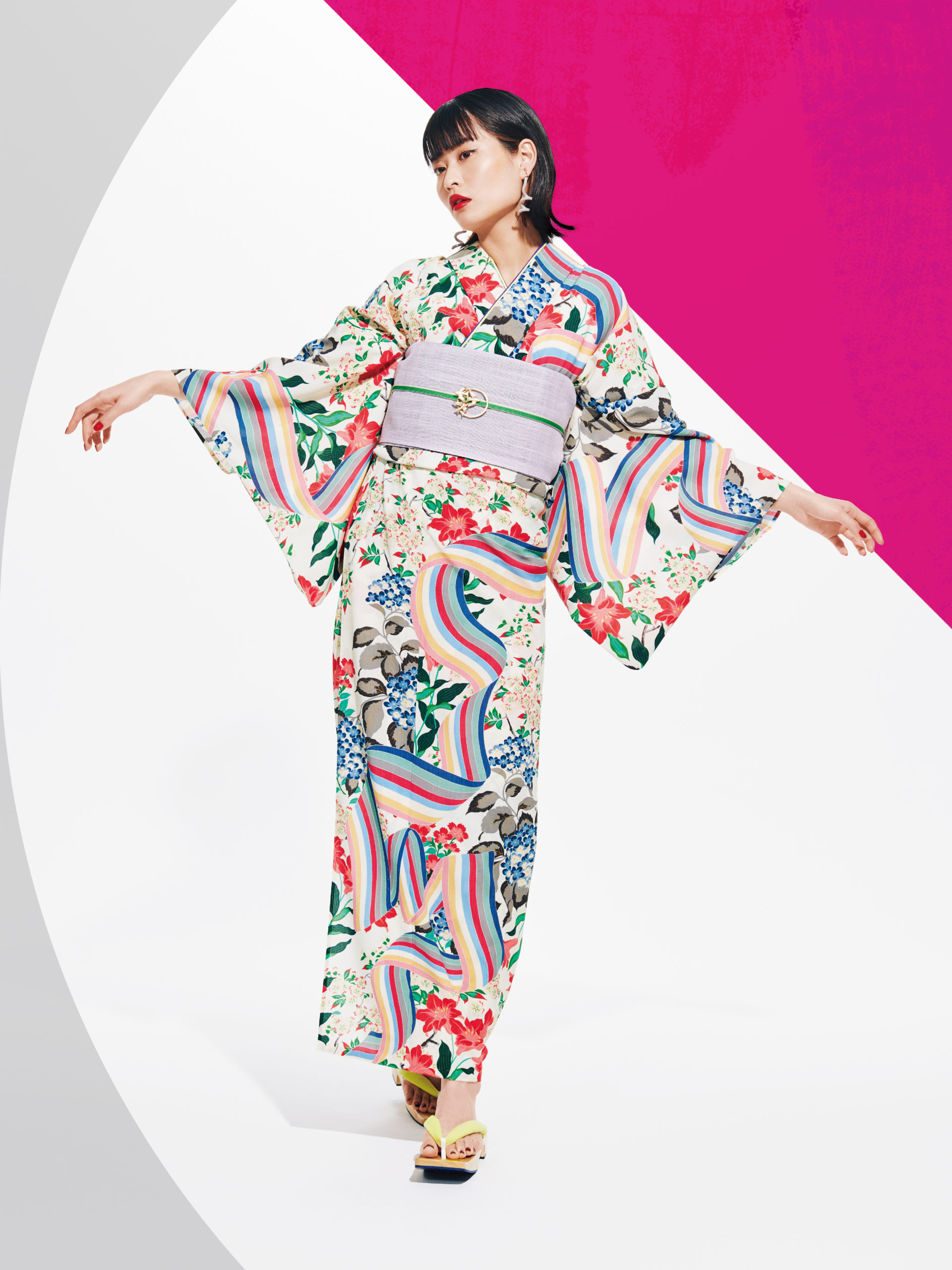 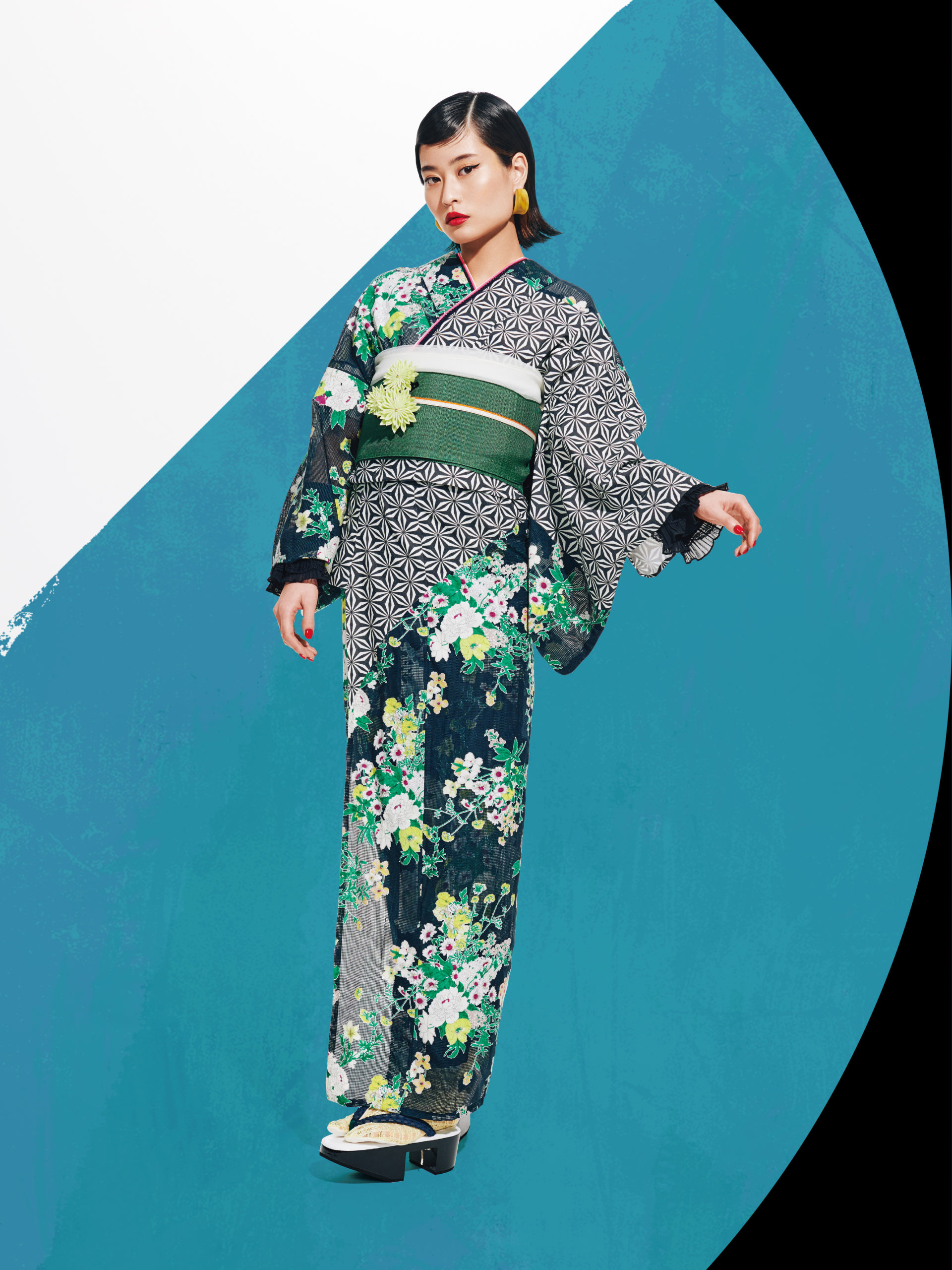 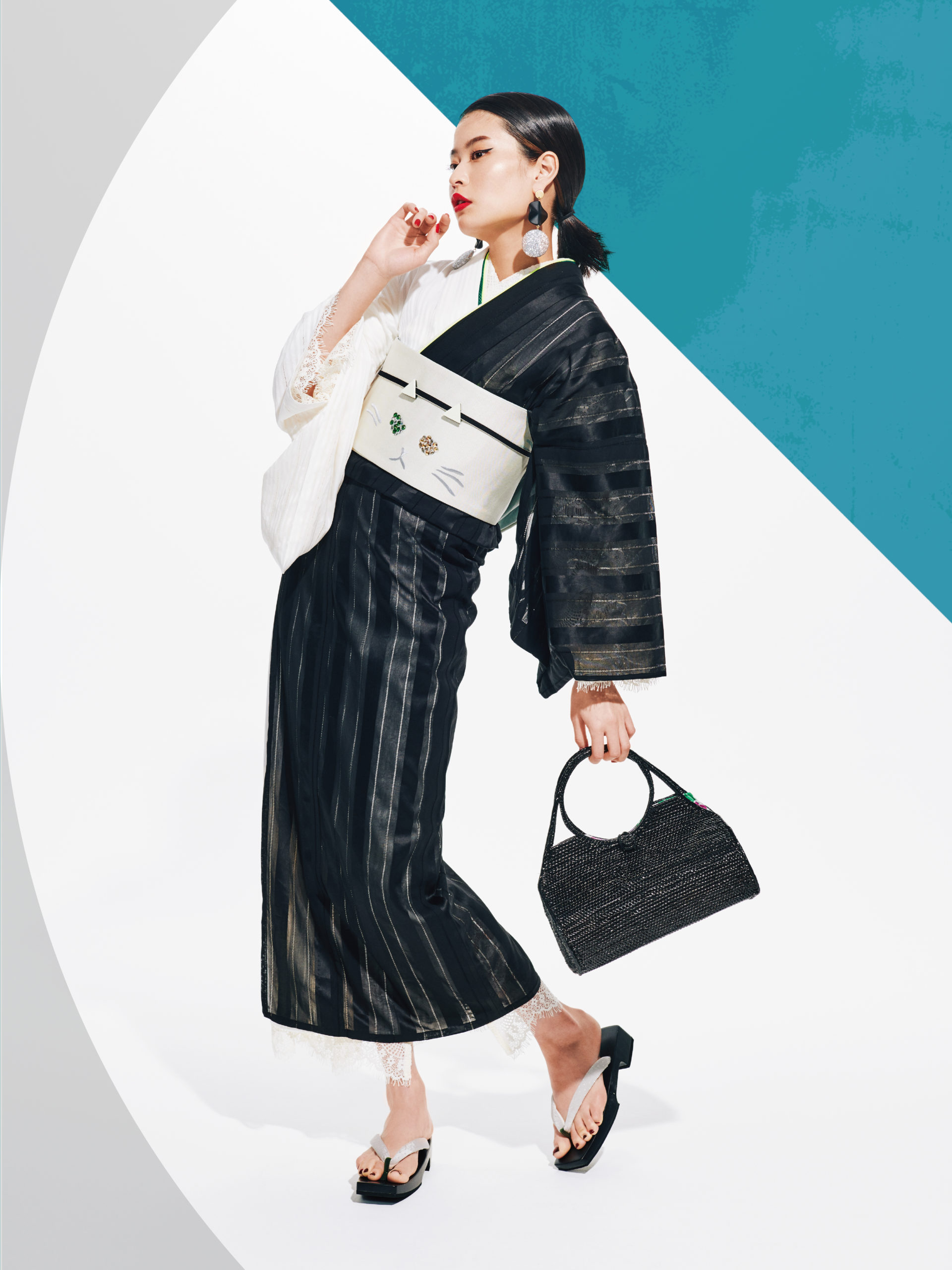 
―What is the flow of yukata as of 2020?
I feel that the trends in yukata have changed considerably compared to five years ago. Recently, the colors and patterns have become more subdued, and the taste of fashion has become popular, and the elements of clothes are getting stronger than before. In “Magic Bouquet”, the material is cut and sewn on the way, which is not the same as in a normal yukata, and the material is transparent. I also proposed a transparent material that is becoming a trend in clothes in Japanese clothes. From these things as well, I feel that it is necessary to stick to the commitment even more than ever, and I have a feeling that we may enter a new stage in the future.

The past five years have undergone a major change in flow, and it was five years when new changes were required. In a sense, I always face the work while always thinking “I want to be a Furifu who can create trends.” And I think the next five years will be a year of changing values. I hope that the brand will grow by actively trying various things, so please look forward to Furifu in the future.


How about the “Since 1999/Furifu director’s “to date” and “from now on” delivered over three times? I hope you enjoyed reading Furifu’s thoughts for 15 years and the textile archives.
We will carry out a popular yukata popularity survey on Instagram. Yukata selected as the first place may be reprinted next year! ? Please join us as well.
＞vol.1【Collection/2005-2011】
＞vol.2【Collection/2012-2014】